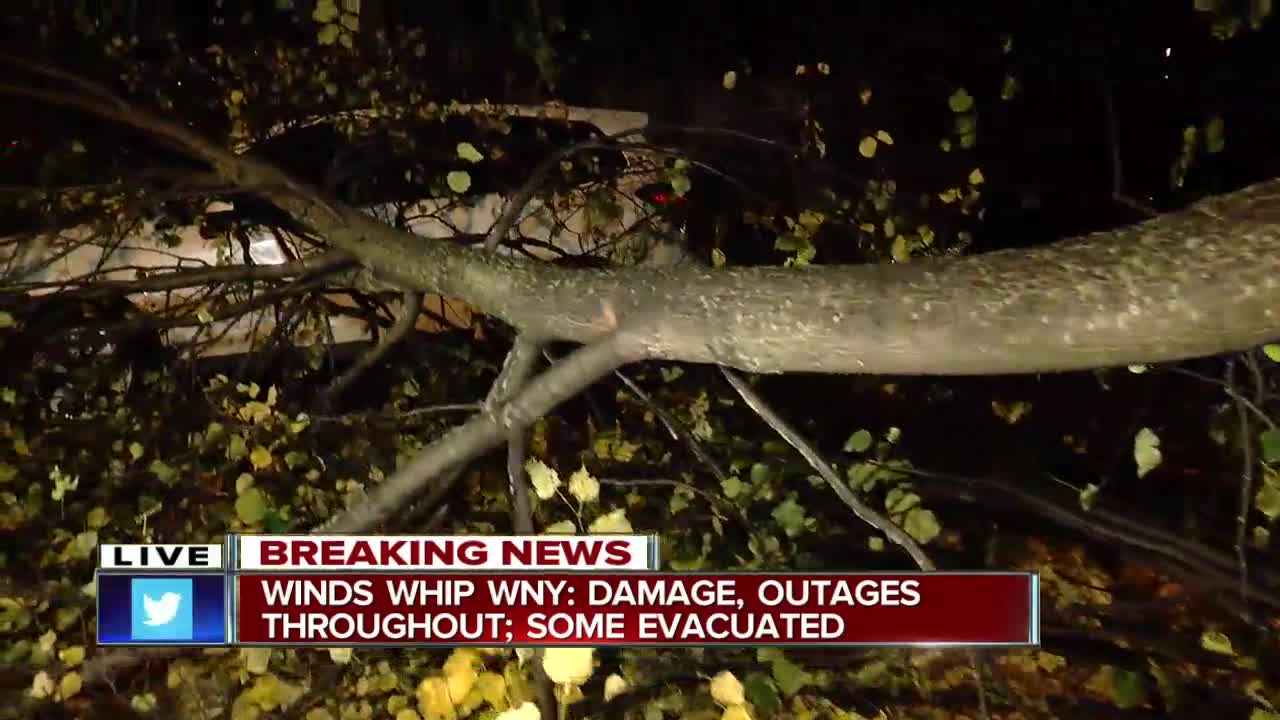 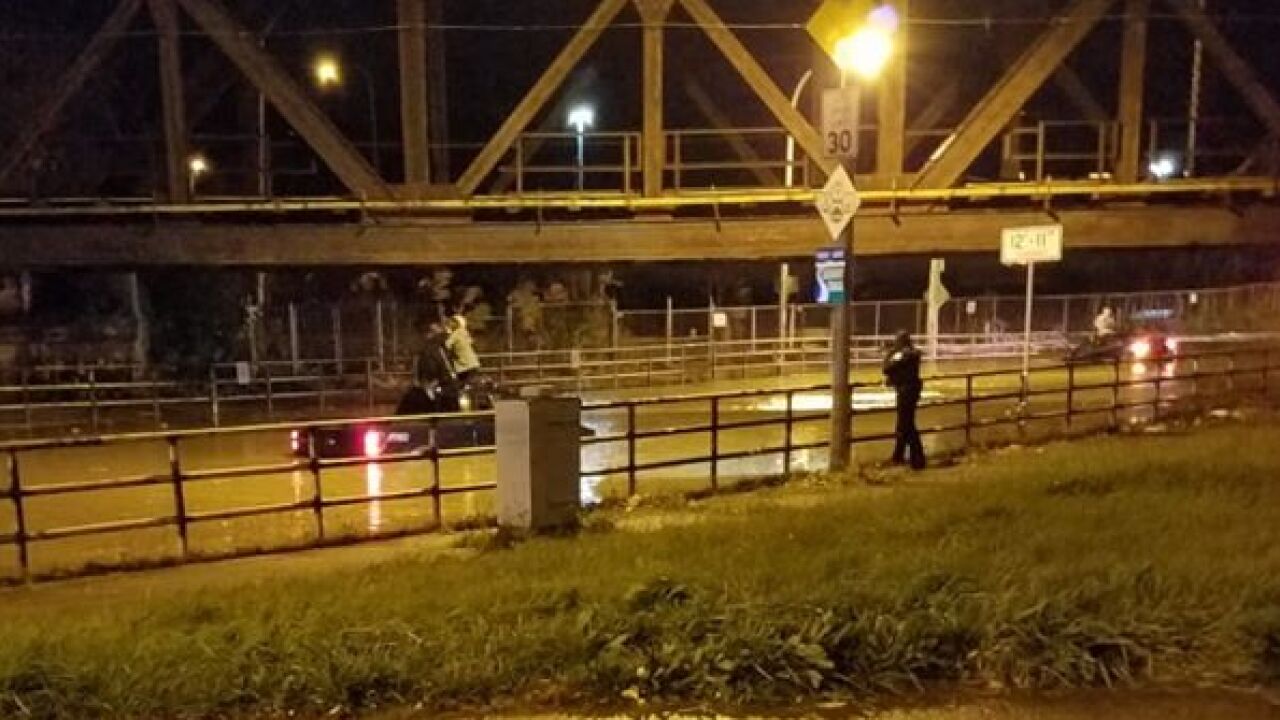 In addition, power outages could be in place for 48 hours around Erie County.

BREAKING: power outages could be in place for 48 hours around Erie County. That was a "pessimistic" view from Erie County leaders. "Optimistic" was end of the day today. @WKBW

Several roads are closed all over Western New York:
Clarence

Trees and power lines are down all across Western New York.

BREAKING: At least 20 streets are blocked due to down trees from the high winds. Also a number of traffic signals are either out or on flash. Motorists asked to use caution & treat intersections without traffic signals as 4 way stops.

We’re following the crazy winds WNY is seeing. Just saw a transformer sparking near Route 5 at the Outer Harboer. We’re here now and there is not power at all @WKBW

This is one of many trees/branches down in the city of Buffalo. Winds are still brutal this morning. @WKBW pic.twitter.com/ehj4w6miSe

RIGHT NOW: Here's what the intersection of Route 5 and Big Tree Road looks like. This section of the road is closed right now. @WKBW https://t.co/duH4iPixGU

Voluntary evacuation of all residences on Southshore Drive and Midshore Drive in Hoover Beach.

All residents are asked to report to the community center, or seek shelter out of the Hoover Beach area.

Officials in Chautauqua County are telling people to be aware of a voluntary evacuation of the Sunset Bay area in Irving due to lake shore flooding.

This is a developing story we will continue to update.