How El Niño could affect Western New York this winter

If you thought old man winter overstayed his welcome here in Western New York last year, you may be in luck this coming winter.

The National Oceanic and Atmospheric Administration (NOAA) issued an El Niño Watch. This means that conditions are favorable for warmer than average sea surface temperatures to develop in the eastern equatorial part of the Pacific Ocean within the next six months.

The last time there was an El Niño, Western New York felt the second warmest winter on record. You probably remember it. After all, the Super El Niño event happened only three years ago in 2015. You most likely wore shorts on Christmas Eve.

So does this mean that we can ditch the winter gear for the winter of 2018-19? Not exactly.

It all depends on the strength of El Niño. According to NOAA, the stronger the event, the more influence ENSO has on Western New York.

A strong El Niño weakens a stubborn upper low-pressure system over the Hudson Bay. This creates a more unidirectional flow aloft. This also limits the number of opportunities for cold shots of air from the north from to blow through Western New York. Less cold air flowing over Lake Erie and Ontario means less opportunities for lake effect snow.

However, a weak El Niño event has little to no impact on Western New York.

As of now, it's a little too soon to tell how strong this El Nino will be compared to year's past. However, NOAA is predicting a 40 percent chance of above-average temperatures this winter. 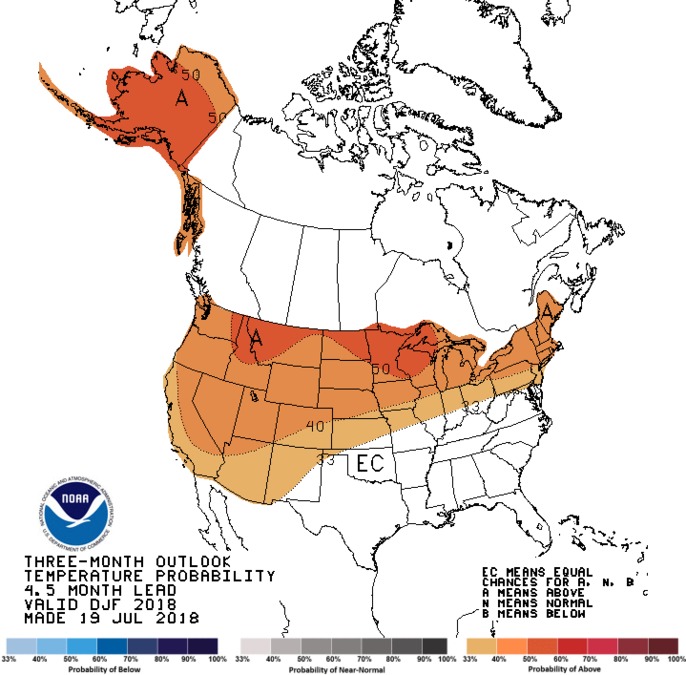 And when the snow starts to fly again, the 7 First Alert Weather Team will be ready to keep you informed with the most accurate forecasts in Western New York.