Arctic conditions are to blame for at least four deaths, with the weather expected to get worse 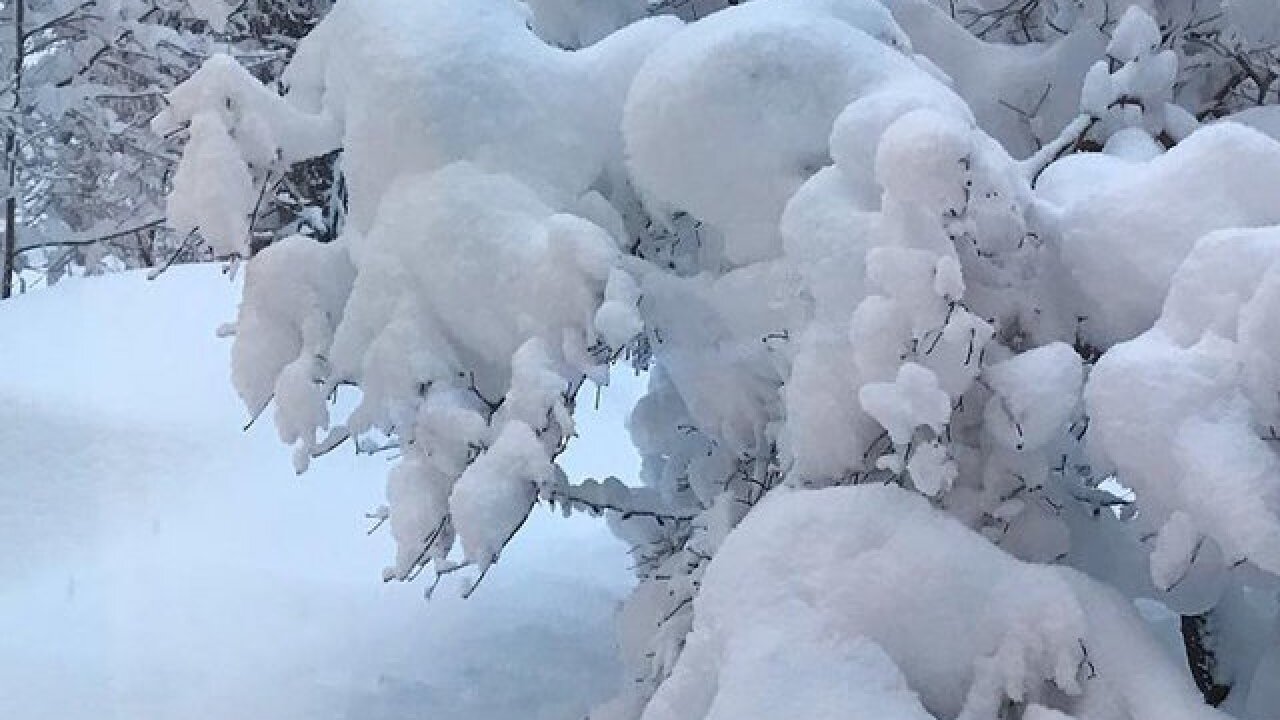 © 2017 Cable News Network, Inc.
Kara Murphy
<p>Erie, Pennsylvania, had a total of 34 inches of snow on Christmas Day, blanketing the city and shattering the city&#39;s previous records for snowfall in a single day.</p>

Arctic conditions are to blame for at least four deaths, and the weather is only expected to get worse for much of the country.

Arctic air has been moving across the eastern two-thirds of the United States, bringing snow from the Midwest to the Northeast. About 70% of the US population is expected to see temperatures at or below freezing Wednesday morning.

The conditions have proven dangerous for motorists.

In Eaton County, Michigan, three people were killed in a two-vehicle crash Monday, according to a Facebook post from Eaton County Sheriff's Office.

All of those who died -- a 57-year-old male and two females, ages 64 and 81 -- were in the same vehicle, the sheriff's office said. The driver of the second car, a 30-year-old woman, sustained non-life threatening injuries.

On Tuesday morning, 21-year-old Ciearra Money Audrey Brown died in a 16-car pileup on Interstate 80 in Ohio, according to a news release from the Ohio State Highway Patrol. There were other minor injuries and several people were transported to local hospitals for treatment.

Those involved in the crash were traveling through a single lane construction zone, the release said, and visibility was low from heavy snow.

More than a hundred records to be tied or set

Conditions are expected to briefly worsen for much of the country Wednesday.

The arctic conditions will "culminate this morning with more than a hundred locations expected to tie or set new low temperature records," the National Weather Service said early Wednesday.

By Thursday morning, the Mid-Atlantic region to Maine could see even more record cold temperatures, according to CNN meteorologist Michael Guy.

The NWS compared the weather outbreak to the 1911 "Blue Norther." Within a day, there were record cold temperatures in the 20s and below followed by record warm temperatures near 80 degrees for much of the Plains to the East Coast.

Similarly, this year's arctic outbreak is expected to continue moving east, and temperatures should be on the rise again during the day on Thursday, the NWS said.

However, those rising temperatures are still likely to run 10 to 20 degrees below average to the Gulf Coast, Guy said.

The weather has already posed challenges for travelers.

More than 1,200 flights were canceled Monday at Chicago's O'Hare airport and more than 5,400 US flights had been delayed. That morning, an American Eagle flight slid off the runway at O'Hare. At the time, there was light snow with visibility of less than a mile, wind gusts of 30 mph and a temperature of 23 Fahrenheit.

Many schools closed or issued delays on Tuesday. Across the Northeast, more than 70 schools in Vermont, New Hampshire and New York state canceled classes due to the snow, according to Vermont Public Radio. No closings were reported for Wednesday.