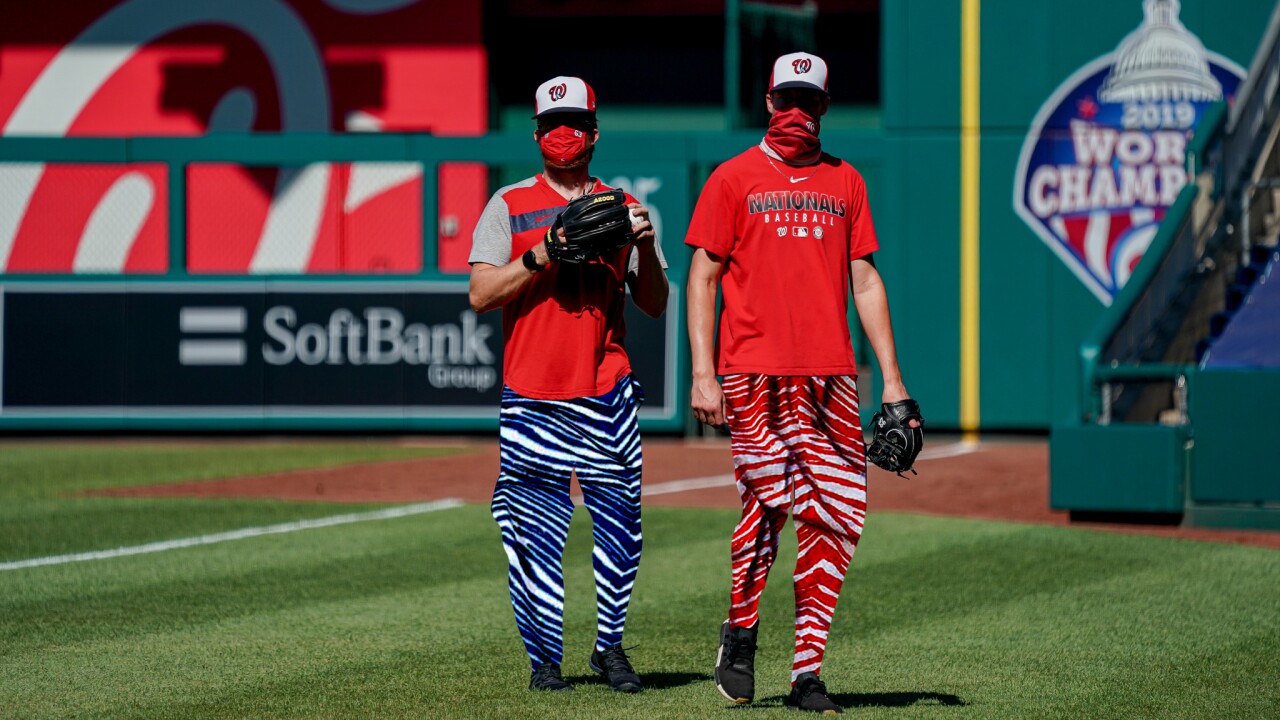 Washington Nationals/Twitter
Even though the Toronto Blue Jays are not scheduled to play their first home game in Buffalo until August 11th, their opponent wanted to 'blend in' with the locals.

WASHINGTON (WKBW) — Even though the Toronto Blue Jays are not scheduled to play their first home game in Buffalo until August 11th, their opponent wanted to "blend in" with the locals.

The Nationals decided to "wear Zubaz pants" to embrace playing in Buffalo, even though this Blue Jays "home game" was played in the nation's capital! That involved the team having some fun with photoshop and changing the team's warm-up outfits.

We’re playing in ✌️ Buffalo ✌️ today so we’re trying to blend in with the locals. #NATITUDE pic.twitter.com/VyTuVt1HPx

The Buffalo Bills took notice of the tweet, and thanked the Nationals for their support, but said they're still rooting for their "hometown" Blue Jays.

This resulted in the Blue Jays thanking them and making a reference to Buffalo Bills wide receiver Stefon Diggs.

The Nationals ended up beating the Blue Jays 4-0 in 10 innings.

Pearson pitched five innings without allowing a run, while throwing five strikeouts and two walks on only two hits.

He also did this.

Pearson pitched three games last season with the Buffalo Bisons with a 3.00 ERA with a 1-0 record.