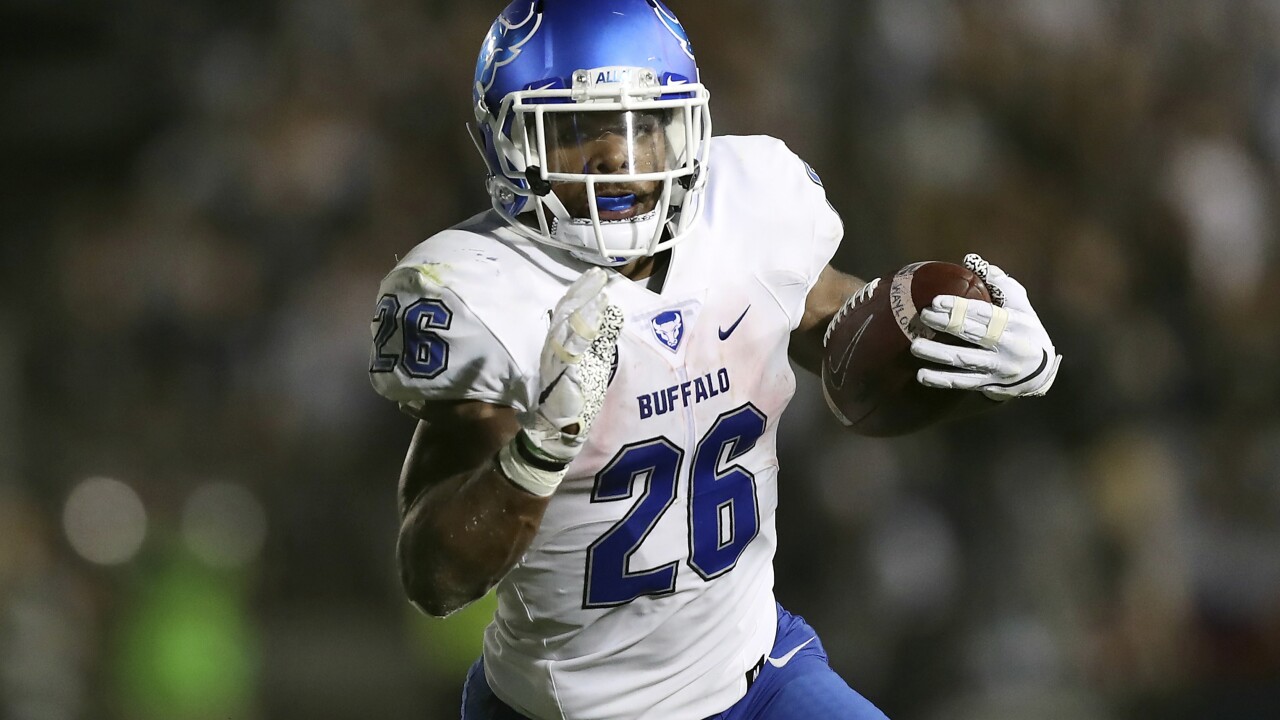 BUFFALO, NY (WKBW) — This should come as no surprise to UB football fans. Running backs Jaret Patterson and Kevin Marks have been named candidates for the Doak Walker Award, given to the nation's top college running back.

The backfield duo are considered one of the best in the nation after putting up big numbers last season.

Patterso is coming off a record-breaking season where he ranked fifth in the nation in rushing last season. He finished with a single-season school record 1,799 yards and scored 19 rushing touchdowns. In only two seasons, Patterson already ranks fifth in school history in career rushing yards with 2,812. His 33 career rushing touchdowns are only one shy of the school record.

Marks, meanwhile, had a rushing touchdown in each of the last six games of the 2019 regular season. He finishes with a career-best 1,035 yards and eight touchdowns, rushing for over 100 yards in five different games.

Buffalo is one of just nine schools in the country to have multiple candidates on the Doak Walker list.