"To prove every doubter wrong is one of the most satisfying things as a goaltender", Ullmark ready to take game to the next level 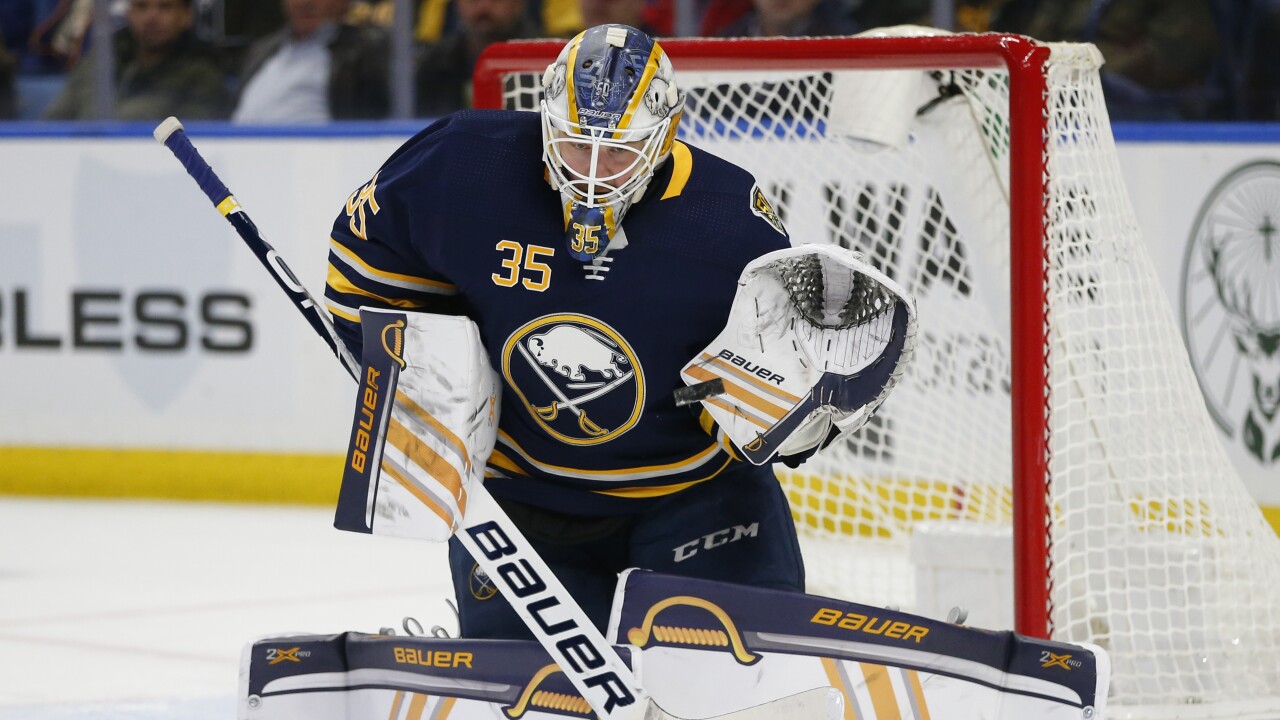 BUFFALO, NY (WKBW) — With so many unknowns about the upcoming NHL season, players are working out on their own time while finding things to do during the longer than normal off-season.

Sabres goaltender Linus Ullmark is renovating his home in Sweden.

"We're in full throttle of renovating our kitchen," Ullmark said. "We're going day-by-day and staying busy everyday with stuff going on at home."

Players are in a waiting game as they wait and see when they can report to individual training camps. Ullmark knows he'll be attending the Sabres' after he and the team avoided arbitration days ago, agreeing to a one-year deal worth $2.6M.

"It's always time to prove myself as a starting goaltender in this league. My contract does not take anything away from that," Ullmark said. "To prove every doubter wrong is one of the most satisfying things as a goaltender aside from saving every shot. It's gonna be a goal to take my game to the next level and prove myself."

Ullmark missed part of last season after suffering a lower-body injury in late January. He wound up missing several weeks before returning to action on March 9th. It was his first and last game before the NHL regular season was cut short.

In 34 games played, Ullmark posted a 17-14-3 record with a .911 save percentage. Following his second year of more than 30 NHL games under his belt, Ullmark feels he's gotten better.

"Experience makes a huge difference for a goaltender. The repetitions, the movements, everything I do everyday has helped me take the next step," Ullmark said. "Doing that in full speed against better and better players is certainly helping me to act in a natural way."

The Sabres, who've struggled to find the net in years past, added players like Taylor Hall in the off-season. While the team hopes he and the other additions will give this team the boost they need, Ullmark says it also benefits him in goal.

"It's gonna help me to play against these guys every single day," Ullmark said about the new additions. "It's certainly gonna help us take the next step as a team to put up those numbers at all times and not have those stretches where we've found it difficult to score goals."