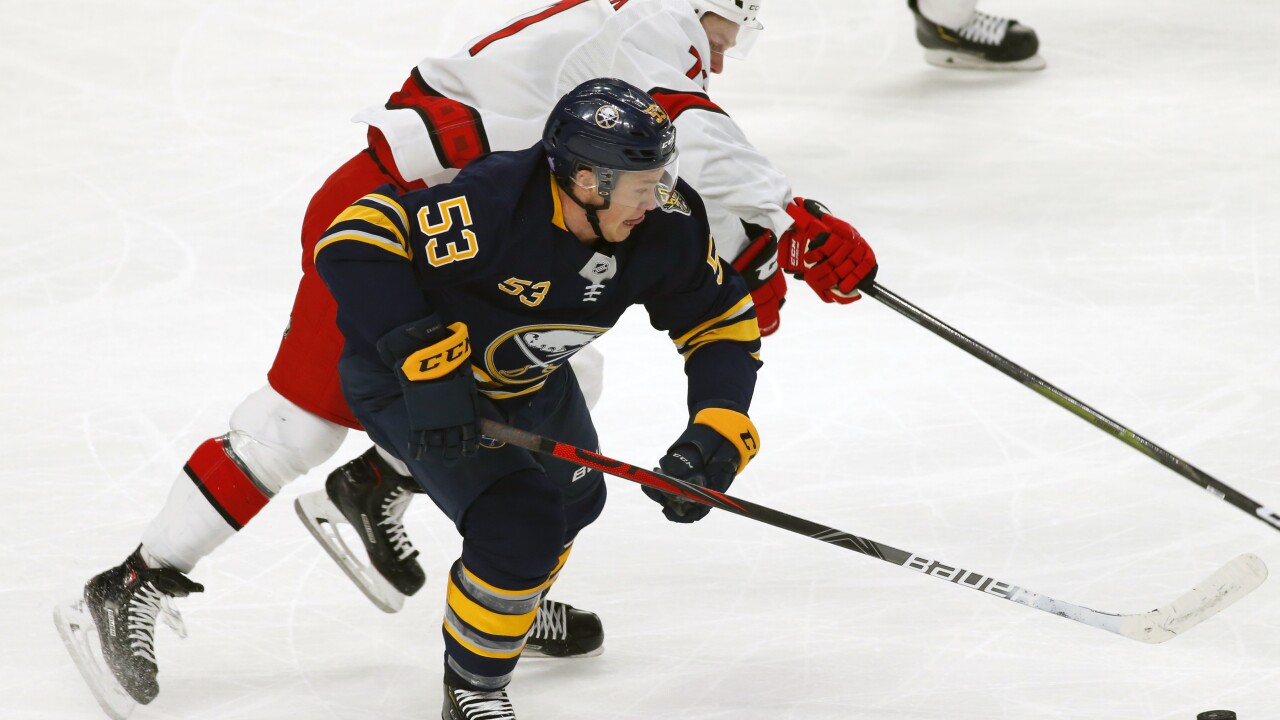 BUFFALO, N.Y. (WKBW) — The Sabres' losing streak came back to the United States with them. In their first game back at home since last week's NHL Global Series, they lost 5-4 in overtime to the Carolina Hurricanes. With the loss, the Sabres fall to 9-6-3 on the season. They're back at home again on Saturday, hosting the Ottawa Senators. Puck drop is at 7:00 p.m.

This is starting to get unreal. The scoring in tonight's game started with a goal from Jeff Skinner, who, without Johansson, is spearheading his own line alongside Evan Rodrigues and Conor Sheary. Lucas Wallmark got caught watching the puck and Skinner found some open ice and fired away.

But this is certainly becoming a trend for the former Hurricane. Since being traded to Buffalo, Skinner has scored five goals in four games against his former team. He had one tonight with six shots on goal, but that type of volume isn't out of the ordinary for him. Scoring at that rate against his former team over several seasons is.

Shut the back door

You can't afford to lose sight of a player like Sebastian Aho or Teuvo Teravainen. They're two of the Hurricanes' best scorers, and the former is one of the premier young forwards in the entire NHL. Aho's goal came when the Sabres were shorthanded, but the pass had to go through a ton of traffic to even get to Aho.

The other goal, which is credited to Teravainen, is an even worse look because both him and Aho were right on the doorstep waiting for the rebound. By the time McCabe got there, it was too late. The Sabres were down by two.

Ease off when you're shorthanded

The Sabres' first penalty kill of the game came up short and allowed the Hurricanes to take the lead late in the first period. But on that penalty kill, Buffalo was extending out to the half boards and pressing players that took the puck into the office behind the net.

If it leads to a clear and a change, then it proves to be worth it to be that aggressive on the penalty kill. But if it doesn't, recovering back to the middle takes valuable gas out of the tank, which goes hand in hand with the second observation: the added pressure eventually opened up a lane for Teravainen to feed Aho on the doorstep.