Social media and the Sabres; how the team is making the most of its time in Sweden 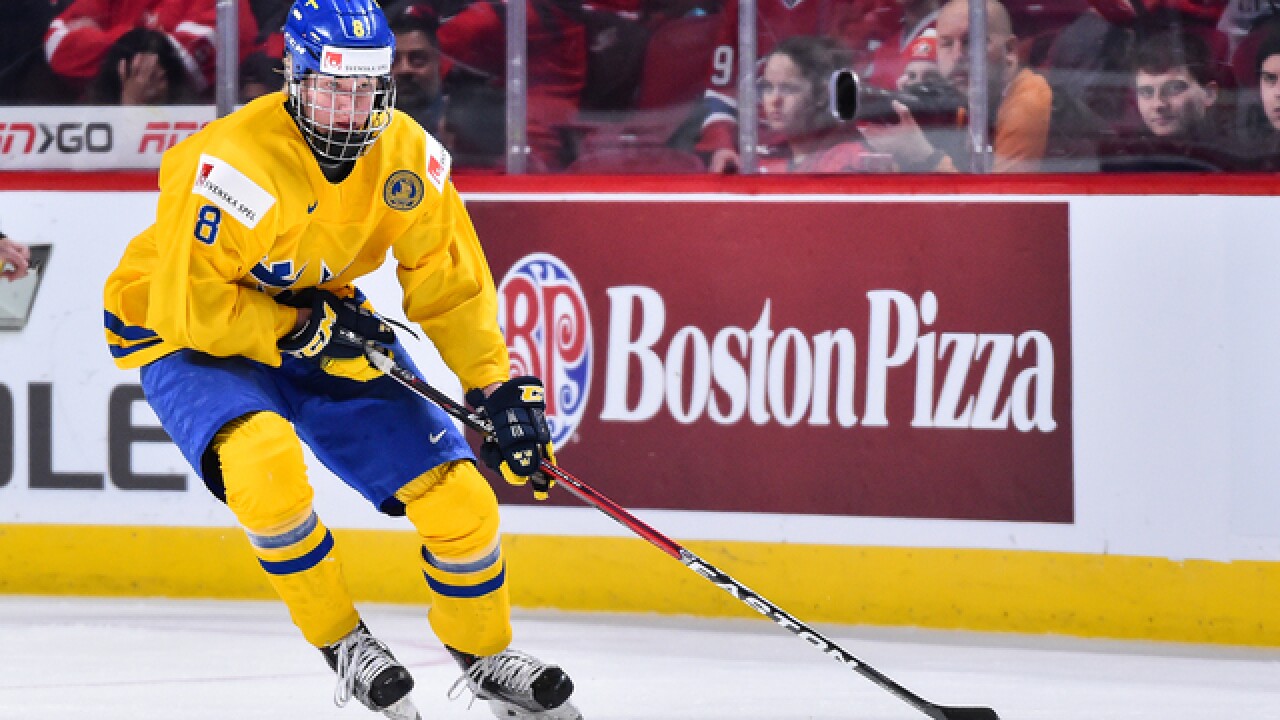 STOCKHOLM (WKBW) — As the team gets ready to take on Atlantic Division rival Tampa Bay Lightning for a two-game series in Stockholm, the Buffalo Sabres are embracing Sweden through social media.

We are ALL about the Swedish delicacies. 😋@JeffSkinner, @rasmusdahlin00, and @CMittelstadt got to try some of the finest at a taste test today! #NHLGlobalSeries pic.twitter.com/wFyYIkgPoy

The Sabres have six Swedes on the roster (Johan Larsson, Lawrence Pilut, Rasmus Dahlin, Linus Ullmark, Victor Olofsson, and Marcus Johansson) so they fared much better at traditional Swedish phrases than their teammates.

Quick shopping trip for @rasmusdahlinn and the @buffalosabres and it looks as though @jeffskinner might buy the whole store. 😂 #NHLGlobalSeries Confidential

Who knew Linus had a gift for candy making? 🍭

Did you travel to Sweden with the team? We want to see your photos!