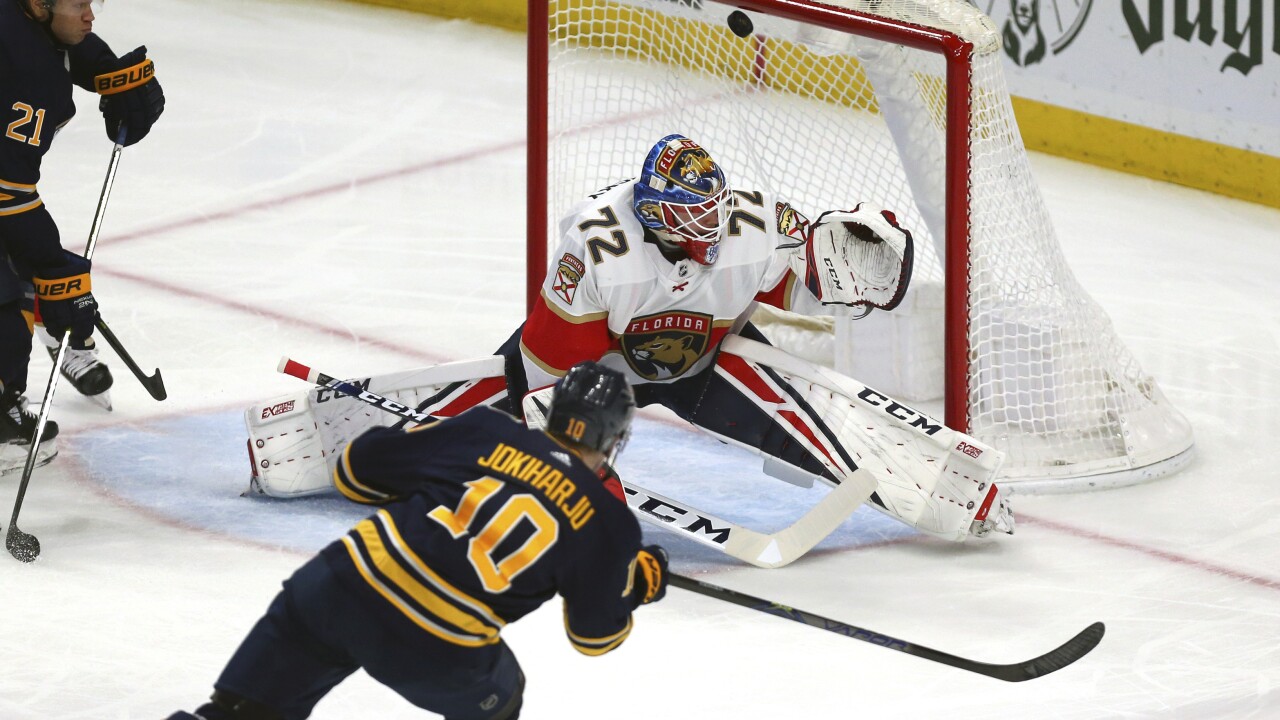 BUFFALO, N.Y. (WKBW) — The Sabres close their New Year's home stand with two straight wins after beating the Florida Panthers 3-2 on Saturday afternoon. Henri Jokiharju opened the scoring in the first period; a strong second period saw goals from Conor Sheary and Sam Reinhart. AFlorida mounted a comeback in the third, but came up short. The Sabres have a relatively long stretch of rest before visiting the St. Louis Blues on Thursday.

Even though the Sabres didn't break out their black and red jerseys, there was plenty of red in the stands. And it wasn't just classic Sabres uniforms. Bills hats and jerseys were pretty common throughout the stands. "The Bills Make me Wanna Shout" was sung by the fans intermittently.

Today's puck drop was adjusted for the Bills game against the Texans. Sabres head coach Ralph Krueger closed his press conference on Thursday by walking back to the podium to say "Go Bills." Bills Mafia was very present at this game.

Saturday's win was the Sabres' first game without Victor Olofsson in the lineup; he'll be out for another five to six weeks. Jeff Skinner likely won't see the ice for the rest of January, either. So the Sabres are facing a stretch without two of their best shooters.

Sam Reinhart's rocket in the second period should help ease any worries that fans may have. The improved play of Conor Sheary is also a welcome addition to a team that has lacked secondary scoring for prolonged stretches this season.

While the Sabres await the arrival of Michael Frolik, they went with 11 forwards and seven defensemen again today. But the Sabres consistently got bodies to the front of the net against the Panthers, and that produced enough goals to get a win.

Frolik's addition will be a welcome one both for the sake of depth and for the penalty kill. The Sabres' next game isn't until Thursday night in St. Louis, which should be enough time for the Sabres' newest addition to join the team and get acclimated.