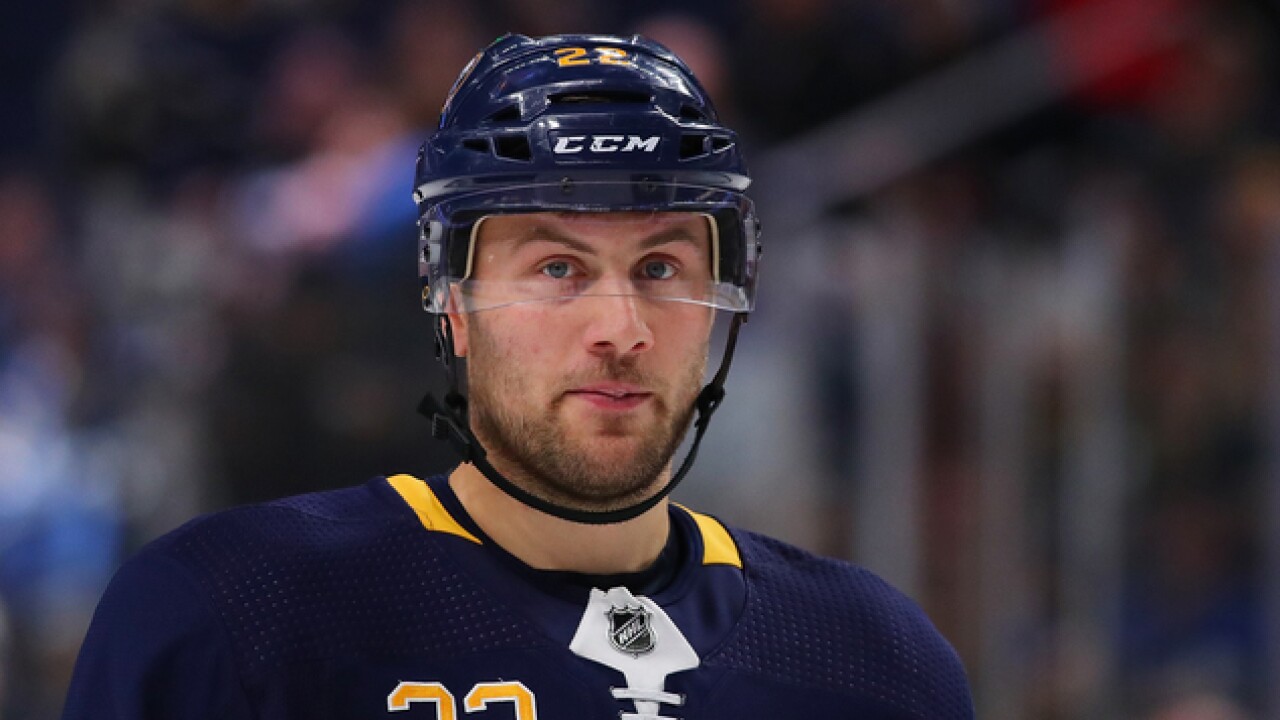 Copyright 2018 Scripps Media, Inc. All rights reserved. This material may not be published, broadcast, rewritten, or redistributed.
Kevin Hoffman
BUFFALO, NY - OCTOBER 30: Johan Larsson #22 of the Buffalo Sabres during the game against the Calgary Flames at the KeyBank Center on October 30, 2018 in Buffalo, New York. (Photo by Kevin Hoffman/Getty Images)

On Thanksgiving Eve in 2017, the Buffalo Sabres suffered their 7th straight loss.

My how things have changed.

The Sabres, with a 5-2 win over the Philadelphia Flyers, grabbed their 7th straight win on Wednesday night in front of a large home crowd. It's their longest win streak since the 2006-2007 season.

The Sabres notched four goals in the first period, two of the four came from Evan Rodrigues and Johan Larsson who each scored their first of the season. While the Sabres didn't score again until the final minutes of the final period, some defensive pressure along with another great night from Carter Hutton helped the Sabres hold onto the lead.

The Sabres are now 14-6-2 on the season and are tied for 2nd in the Eastern Conference as of Wednesday night. They're back at home on Friday when they host Montreal at 4 p.m.