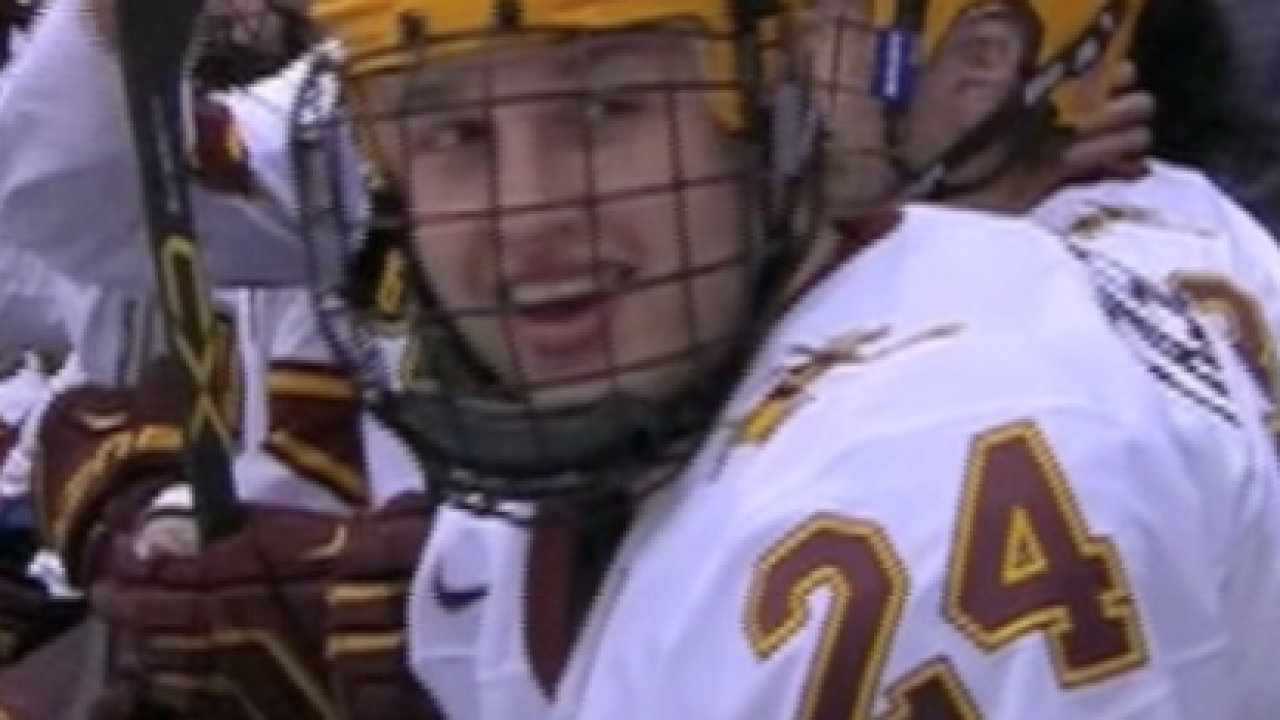 The Buffalo Sabres have locked up their next young power forward.

The team announced on Monday it has signed University of Minnesota's Hudson Fasching to an entry-level contract.

Fasching is a big winger who should play a major role in Buffalo's rebuild.

Below is the press release from the Sabres:

The Buffalo Sabres today announced the team has signed forward Hudson Fasching to an entry-level contract.

Fasching (6’2”, 216 lbs., 7/28/1995) recently completed his junior season at the University of Minnesota (Big Ten), during which he served as alternate captain and was named to the All-Big Ten Second Team.

“Hudson showed us the kind of player he can be during his college career and we are pleased to sign him,” General Manager Tim Murray said. “We believe he has the potential to be an effective NHL player and wanted to bring him in as soon as possible.”

In 37 games during the 2015-16 season, Fasching registered career-high totals in goals (20), assists (18) and points (38). His 20 goals, including his team-high seven game-winners, tied to lead all Minnesota skaters and his 38 points ranked him second on the team.

Fasching totaled 64 points (32+32) and 40 penalty minutes in 75 games during three seasons with the Golden Gophers. He also represented the United States at the IIHF World Junior Championship in both 2014 and 2015, totaling seven points (3+4) in 10 tournament games.

The Sabres acquired Fasching from the Los Angeles Kings on March 5, 2014 in a trade that also included Nicolas Deslauriers. Originally drafted by Los Angeles in the fourth round (118th overall) of the 2013 NHL Draft, Fasching spent two seasons with the U.S. National Development Team (USHL) prior to his collegiate career, recording 32 points (11+21) in 62 games.