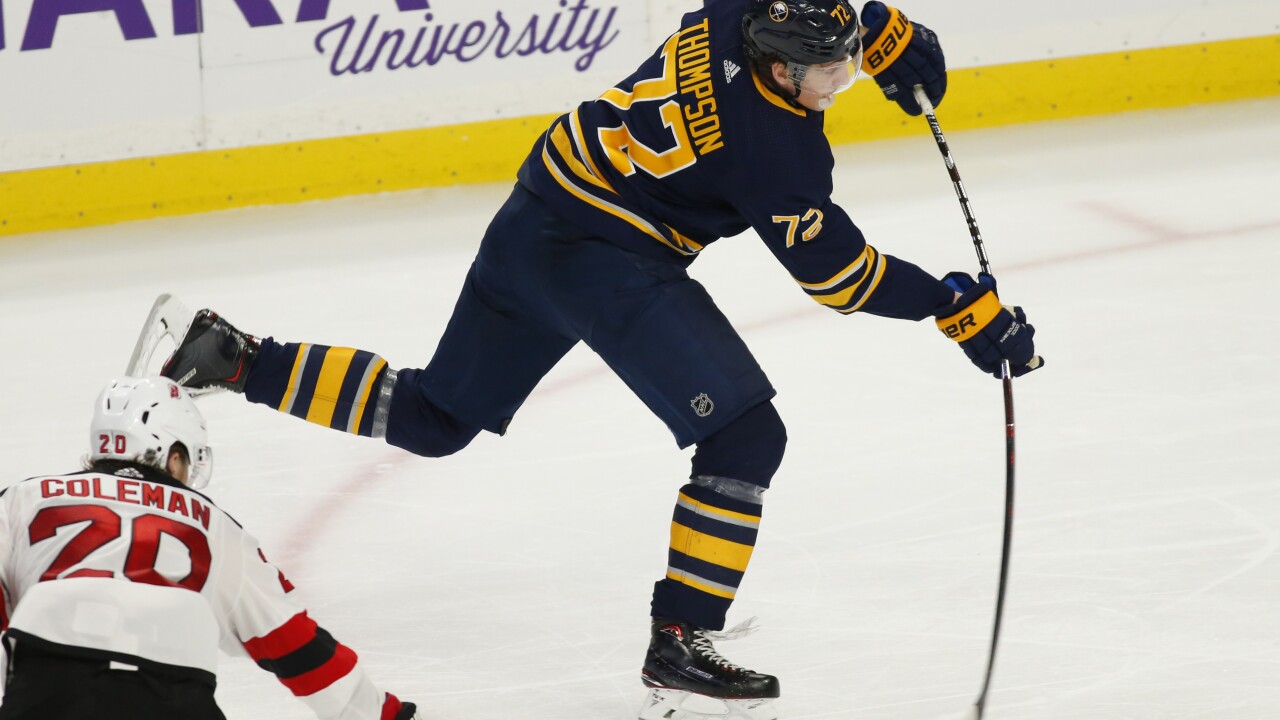 BUFFALO, NY (WKBW) — The Buffalo Sabres are keeping forward Tage Thompson around, signing him Monday to a three-year contract. The deal has an average annual value of $1.4 million.

We have signed Tage Thompson to three-year contract with an AAV of $1.4 million.

The 22 year-old started last season with the Rochester Americans where he led the team with 12 points [six goals, six assists] before being called up. In his first game with the Sabres in mid-November, he suffered a season-ending injury.

During the 2018-19 season, Thompson played 65 games with the Sabres finishing with seven goals and 12 points.