Sabres set for 2020 Draft, "We want players that have a desire to make an impact" 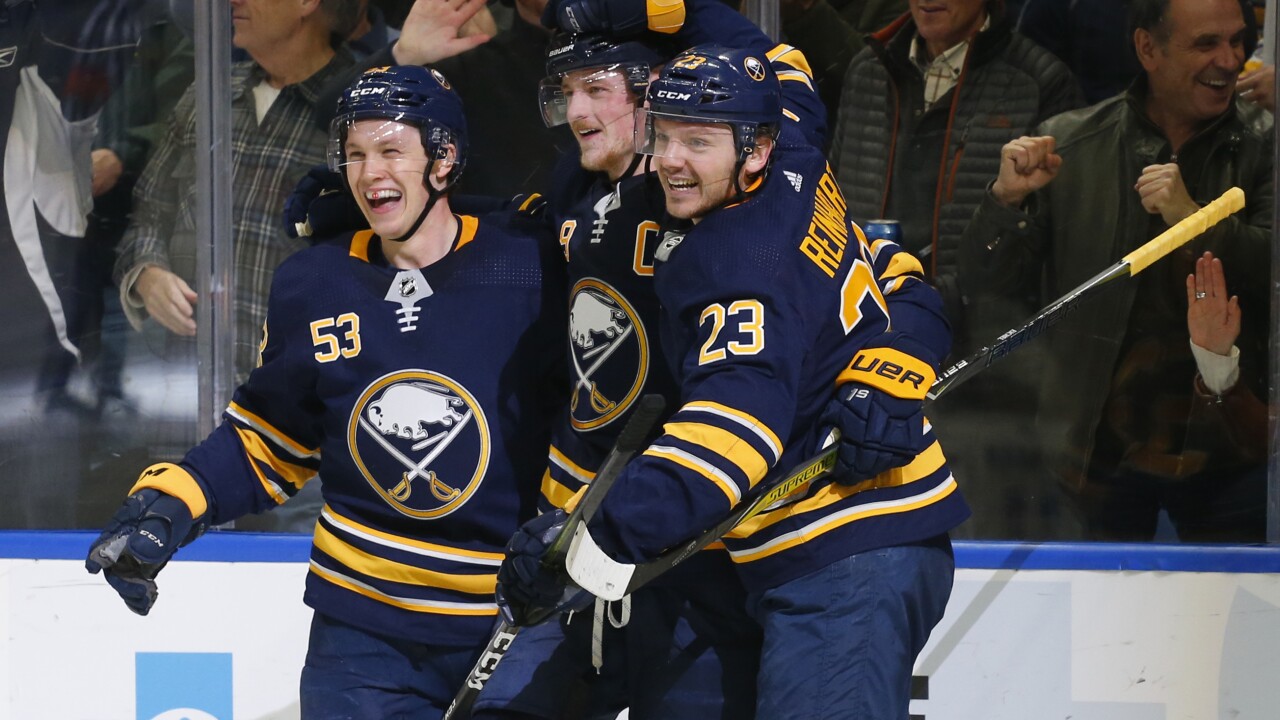 BUFFALO, NY (WKBW) — When Tuesday's first round of the NHL Draft kicks off, Kevyn Adams will be preparing to make his first selection as General Manager of the Buffalo Sabres.

"There's an intensity that I'm feeling right now. I'm excited, I'm learning, I'm talking to the other GMs, and I think it's fun," Adams said. "In terms of how we're preparing, I think our guys are ready to go. There's going to be more conversations and meetings, but I'm excited."

This year's draft preparation has been a little different because of COVID-19 protocols and travel advisories. Scouts and team officials have had to hold virtual meetings, interviews, and rely on a lot of tape. The team's Director of Scouting, Jeremiah Crowe, says they started with a good number of players to evaluate and went from there.

"We looked at players through a little bit of a different lens," Crowe said. "Any opinion that had previously been formed on a player, we asked them [scouts] to drop it. We asked the guys to dream a little bit, but be cognizant of what could go wrong with a player."

"The process itself has been really impressive from the amount of work that's been done by this staff," Adams added. "There was a challenge in them to say let's make sure we're taking a look at this and reset some metrics on how we're going to evaluate players. They've bought in and covered a great amount of ground."

The Sabres currently hold six picks in the 2020 NHL Draft starting with the 8th pick in the Tuesday's first round.

"You have to think about what the no. 8 pick could mean to the organization both short and long-term," Adams said. "You have to analyze the draft class, the depth, and you're having all of that while you're having parallel conversations about what's going on in the league and what's going on with your team. So it's just that balance in trying to put ourselves in a position where we're making the best decision for the organization."

Many believe the Sabres should draft a winger while others wouldn't mind them going after another defenseman or a goaltender. But Crowe said you can't get into need-based drafting.

"You're looking for traits you value within your organization rather than position needs," he said. "We're looking for guys that have the best potential to make an impact in the NHL. We want players that are competitive and have a desire to have an impact."

With the Sabres getting ready to figure out who will fit their organization best, there's also a lot of chatter regarding the guys on their current roster. A recent report indicated captain Jack Eichel wanted out of Buffalo, but his agent shut down those rumors shortly after. Adams addressed the issue Monday.

"I have zero concern on Jack wanting to be here," Adams said. "There's no intention on moving Jack Eichel, I can make that very clear. I have no interest and no reason to do something like that."

Adams has already made a few moves since becoming GM, including trading for Eric Staal to give the Sabres another experienced center behind Eichel. He's also re-signed players like Curtis Lazar, who was a big factor in face-offs last season.

The first round of the NHL Draft kicks off Tuesday at 7 p.m. The draft will be virtual.