Sabres say Evander Kane is done for the season 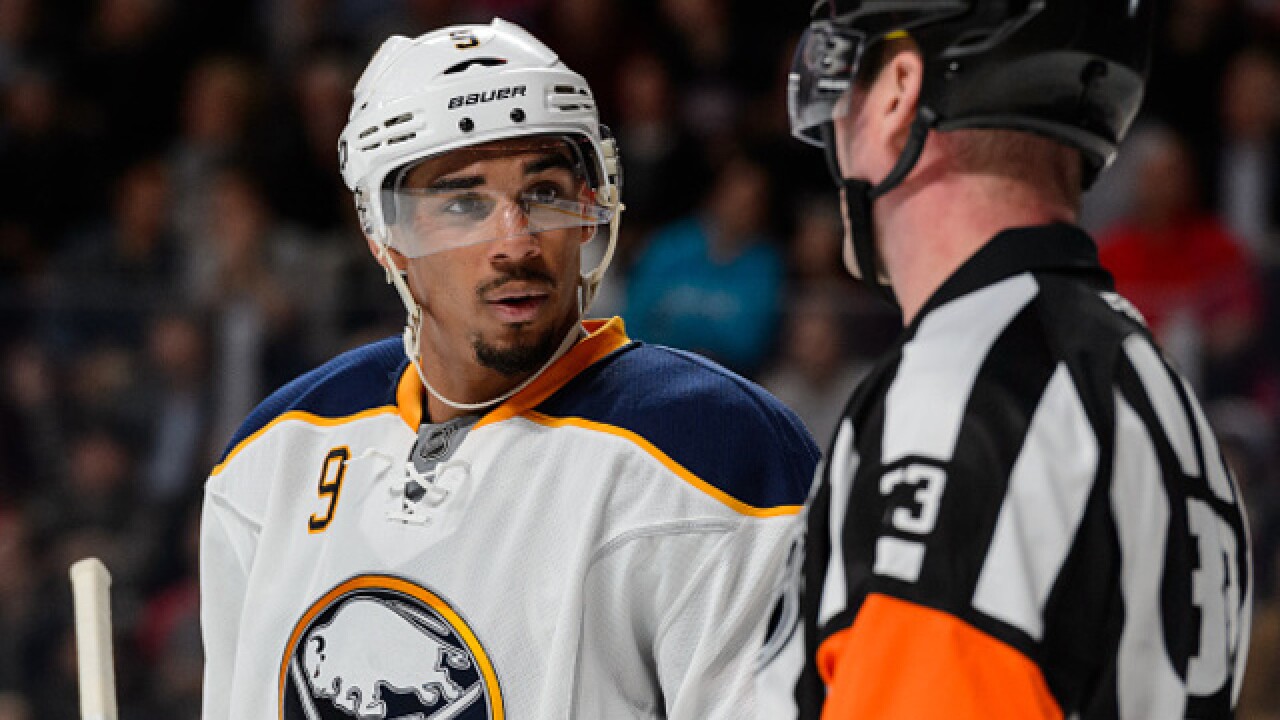 The Buffalo Sabres acquired Evander Kane last year to add some scoring punch to their forwards. With only five games left on the schedule, Kane's season is now over.

According to Sabres head coach Dan Bylsma, Kane will miss the remainder of the season due to an upper-body injury. Bylsma continued to say that the injury carries a timetable of three-to-four weeks to come back from.

In his first season with the Sabres, Kane connected for 20 goals and added 15 assists throughout 65 games played. The 24-year-old is thought to be one of the key pieces to the rebuild process.

The Sabres also revealed that forward Tyler Ennis, who hasn't appeared in a game since December 30, has not yet been ruled out for the remainder of the season. The head coach even said that Ennis could begin practicing with the team soon.