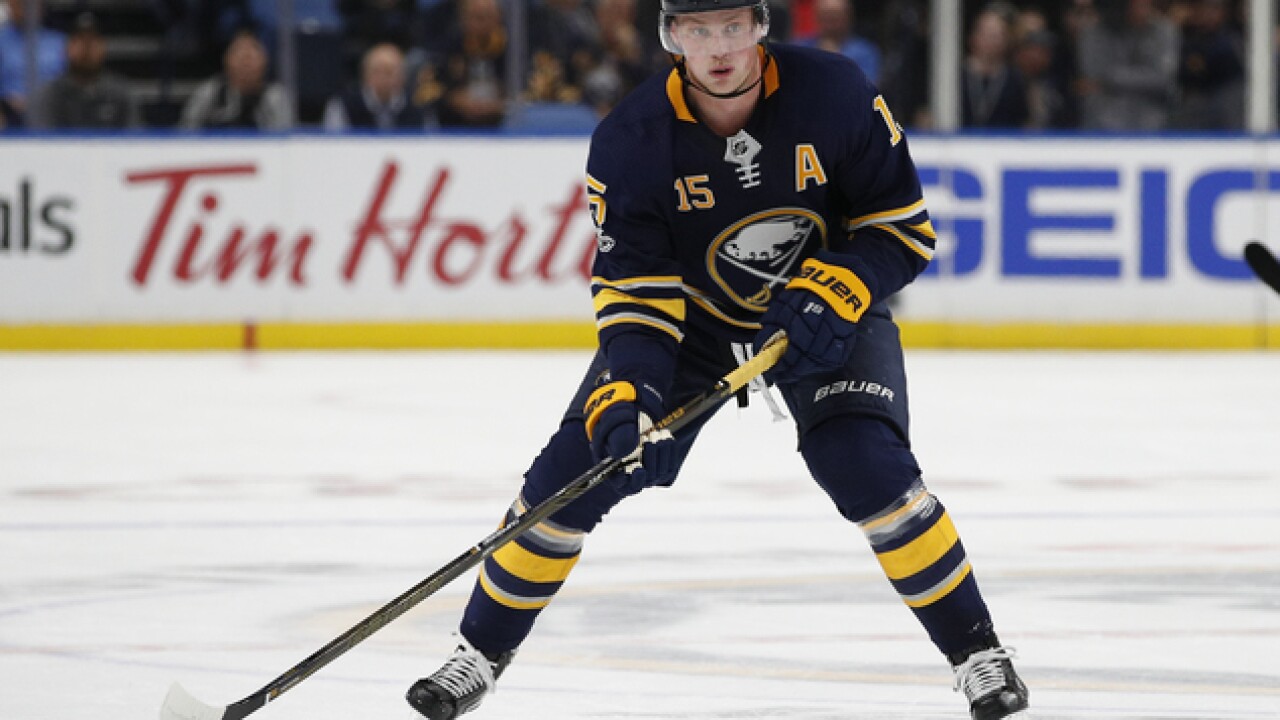 Copyright 2018 Scripps Media, Inc. All rights reserved. This material may not be published, broadcast, rewritten, or redistributed.
Kevin Hoffman
<p>BUFFALO, NY - OCTOBER 5: Jack Eichel #15 of the Buffalo Sabres during the game against the Montreal Canadiens at the KeyBank Center on October 5, 2017 in Buffalo, New York. (Photo by Kevin Hoffman/Getty Images)</p>

NHL Hockey returns to Western New York in just over three months, and we now know every matchup the Buffalo Sabres have on deck this upcoming season.

The Sabres open their season at home on Thursday, October 4 against the Boston Bruins, followed by three more home games, and then a five-game West Coast trip.

Other details of note regarding the team's schedule:

Number of home afternoon games: 8, including five of their nine Saturday home games

When do the Caps come to town?: Saturday February 23

When do the Knights come to town?: Monday October 8 (Sabres play Vegas twice in eight days in October, and that's it...until June?)

When do the Leafs come to town?: Tuesday December 4 & Wednesday March 20

When do the Sabres head to Toronto?: Monday February 25 & Saturday March 2