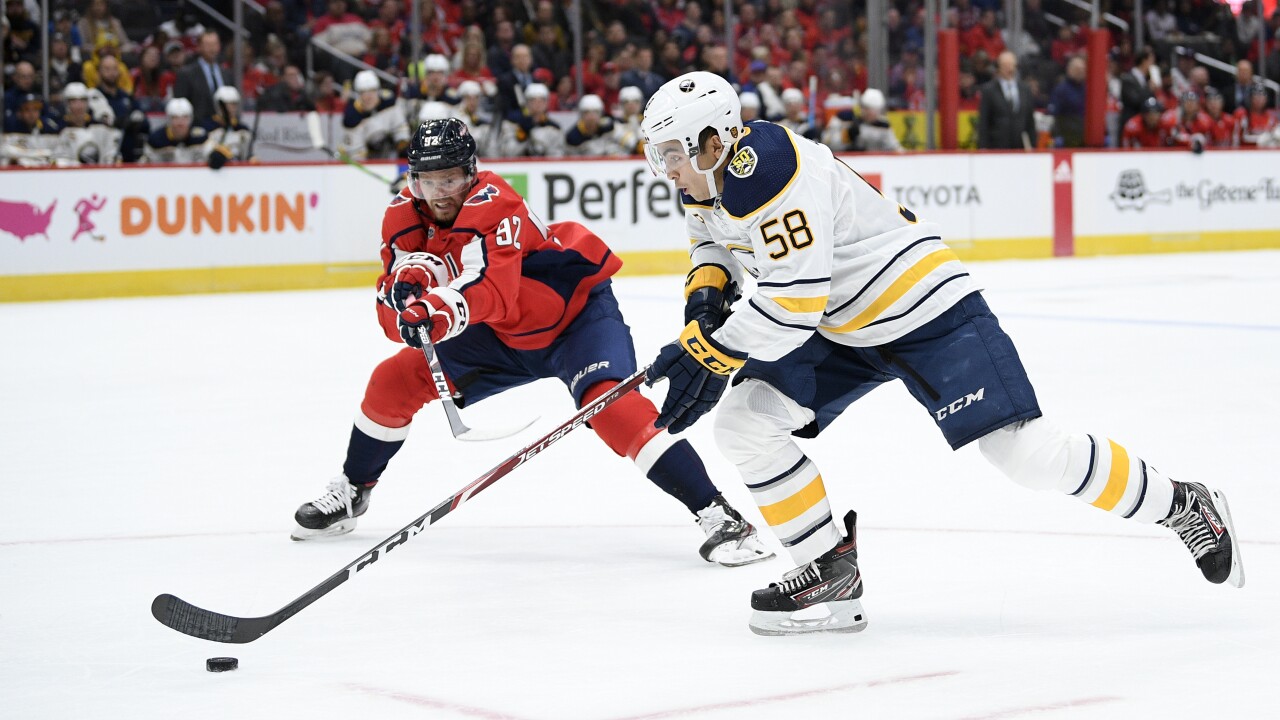 BUFFALO, N.Y. (WKBW) — Defenseman John Gilmour has been assigned to the AHL's Rochester Americans. After the 24 hour waiver period on Saturday, Gilmour wasn't claimed by another NHL team.

Before joining Buffalo, Gilmour played only five NHL games with the New York Rangers in 2018-19.

Gilmour has played in four games this season, including an appearance at forward. In those four games, he has no points and five shots on goal.