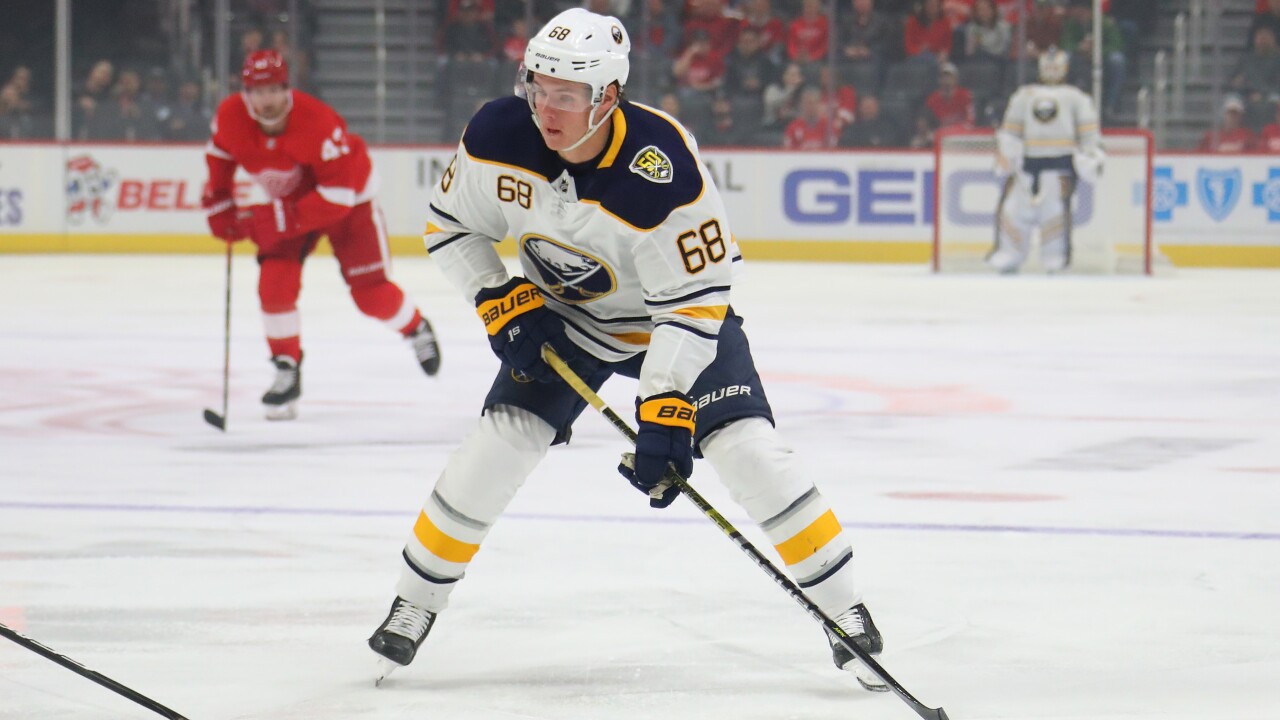 BUFFALO, N.Y. (WKBW) — Buffalo Sabres forward Victor Olofsson was named the NHL's "Rookie of the Month" for the month of December.

Victor Olofsson has been named the NHL’s “Rookie of the Month” for December. Olofsson is aiming to become the second @BuffaloSabres player to lead NHL rookies in points at the end of a season - Gilbert Perreault did so in 1970-71. #NHLStats: https://t.co/VrdfFyF0SA pic.twitter.com/Fgy72TPuxW

He beat out six other players for the award.

Olofsson was the first Sabres rookie to record 14 or more points in a calendar month since Tyler Myers had 14 points in March 2010.

The scoring forward was also named "Rookie of the Month" for the month of October.