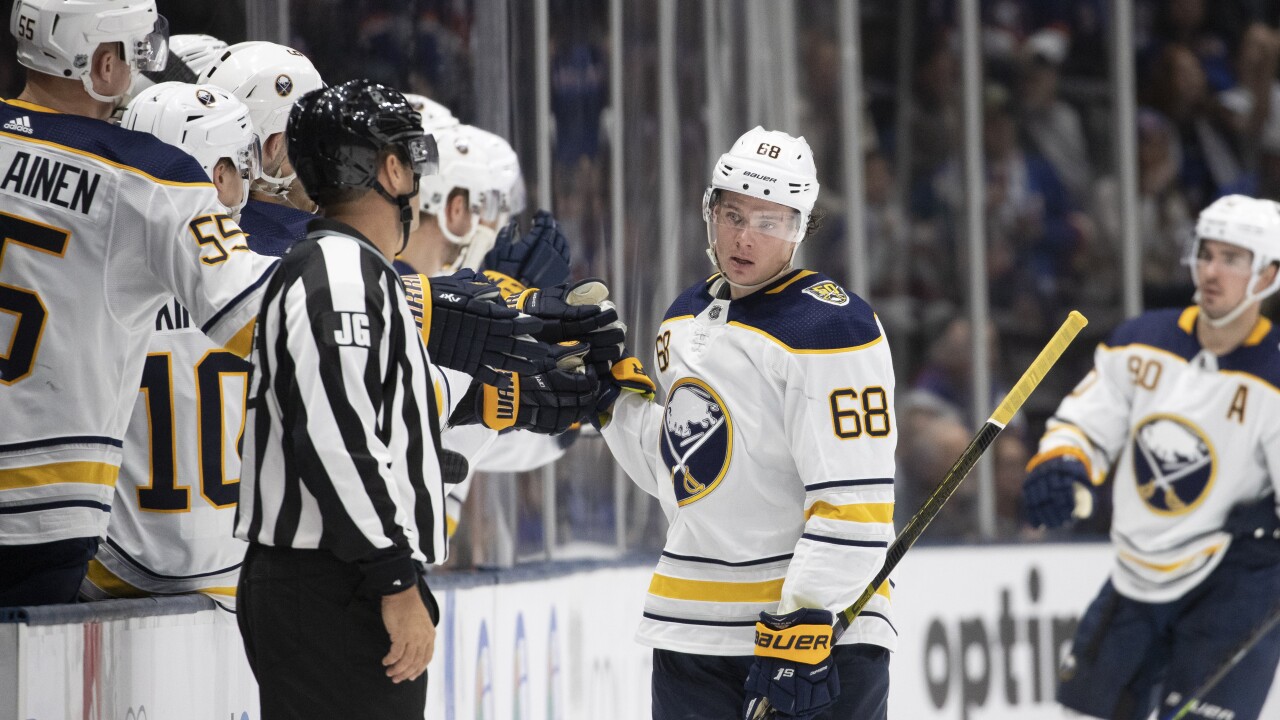 BUFFALO, N.Y. (WKBW) — The Buffalo Sabres made a comeback that ultimately fell short as they lost to the New York Islanders in overtime Saturday 3-2.

The Islanders got on the board first Saturday afternoon, Michael Dal Colle scored a little more than five minutes into the game to take a 1-0 lead.

Sabres forward Victor Olofsson tied the score at 1-1 early in the second period on the power play, his 14th goal of the season.

New York took a 2-1 lead early in the third period, the lead stood until there was just under two minutes left in the game.

Sabres captain jack Eichel scored on the power play with 1:46 to play to tie the game at 2-2, ultimately sending the game to overtime.

Although the Sabres came away with a loss, they are now 4-1-2 in seven December games, earning a possible 10 out of 14 points.