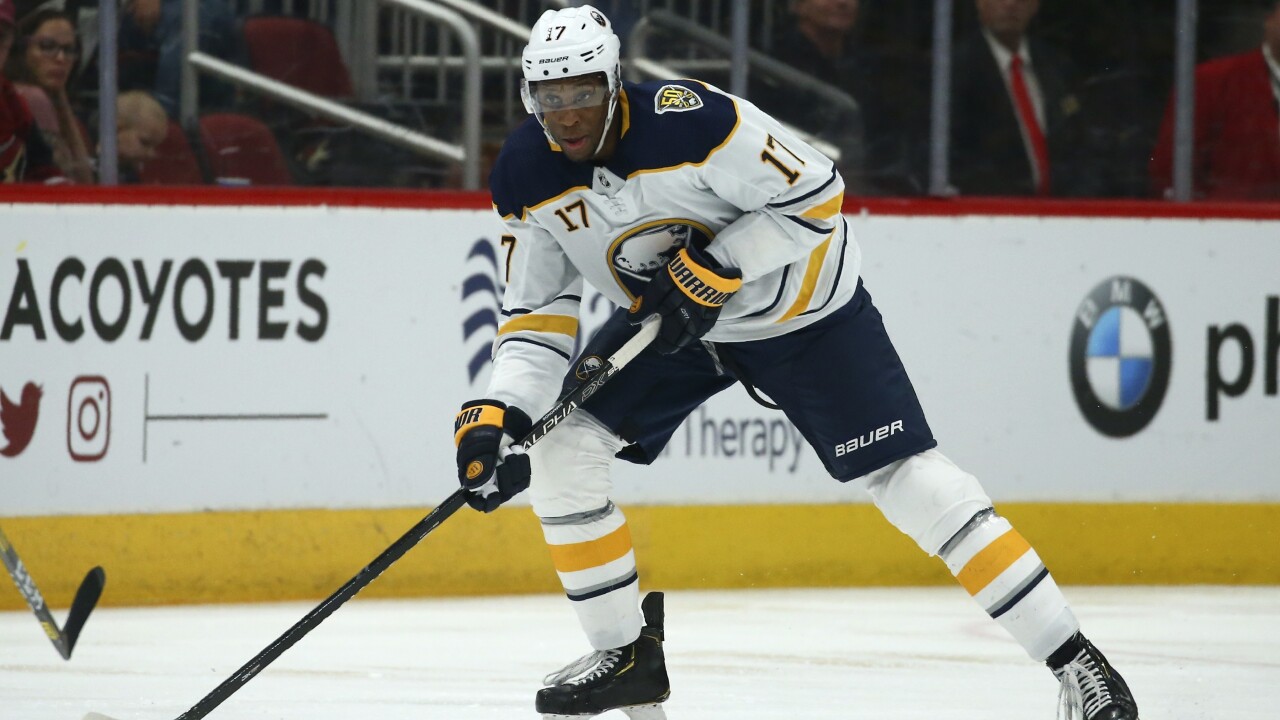 BUFFALO, N.Y. (WKBW) — Buffalo Sabres forward Wayne Simmonds and former Sabre Evander Kane along with several other current and former NHL players have created a group to combat racism and intolerance in hockey.

Kane, who played for the Sabres from 2015-2018 will be the co-head of the Hockey Diversity Alliance, while Simmonds will serve as a member of the executive committee.

We are proud to announce the formation of the Hockey Diversity Alliance 🏒✊🏿 pic.twitter.com/TAucuYJxp2

In May, Aliu detailed numerous counts of the abuse he received throughout his hockey career in an article in The Players' Tribune, sparking widespread calls for eliminating racism and intolerance throughout hockey.

According to a tweet from Saroya Tinker of the NWHL's New York Riveters, Kane has reached out to ensure black female hockey players' voices will be part of the Hockey Diversity Alliance movement.

UPDATE: @evanderkane_9 has reached out to me! Black female voices will be heard! Moves are being made y’all, don’t fret!