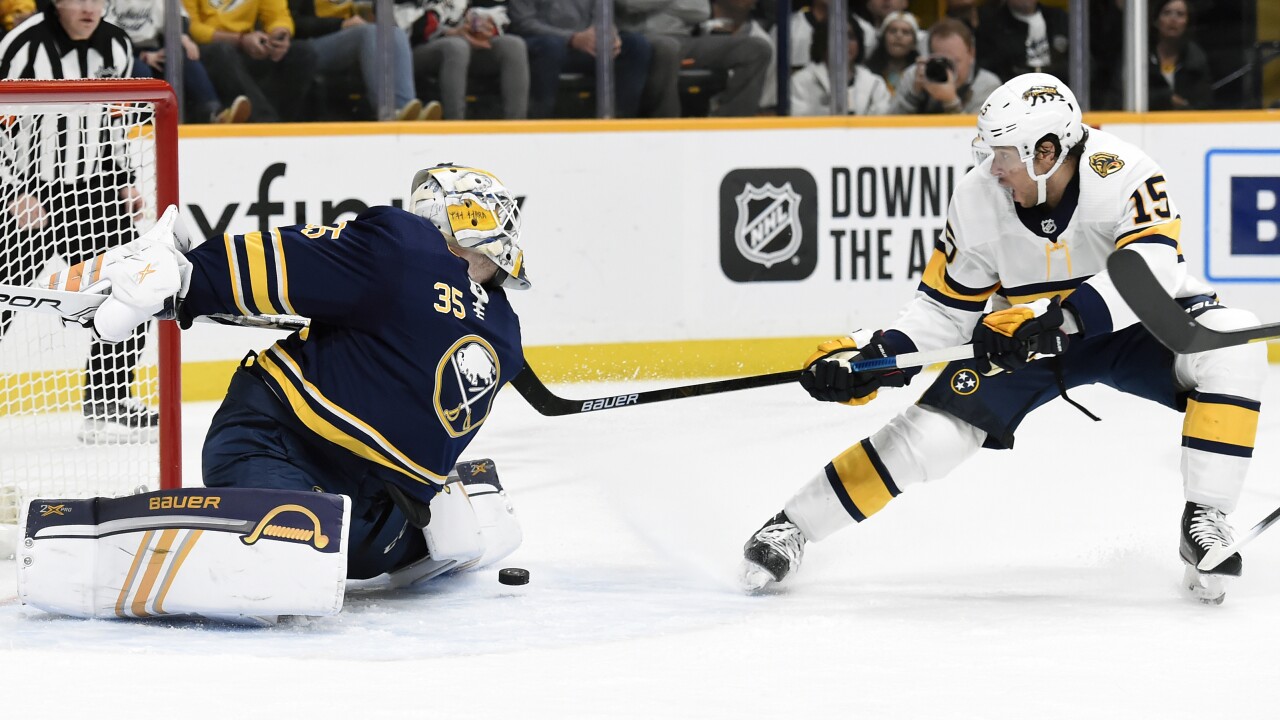 Buffalo's lone goal was scored by Sam Reinhart with just over a minute to go in the first intermission. But that was all the offense could muster.

Both of Nashville's goals were a result of haphazard plays in front. Ryan Johansen bounced a rebound off Zach Bogosian to tie the game. Craig Smith scored on a deflection to win it.

The Sabres have ten days off for the NHL's All-Star break. Jack Eichel is the only Sabre skating in St. Louis. Buffalo's next game is against the Ottawa Senators on January 28th.