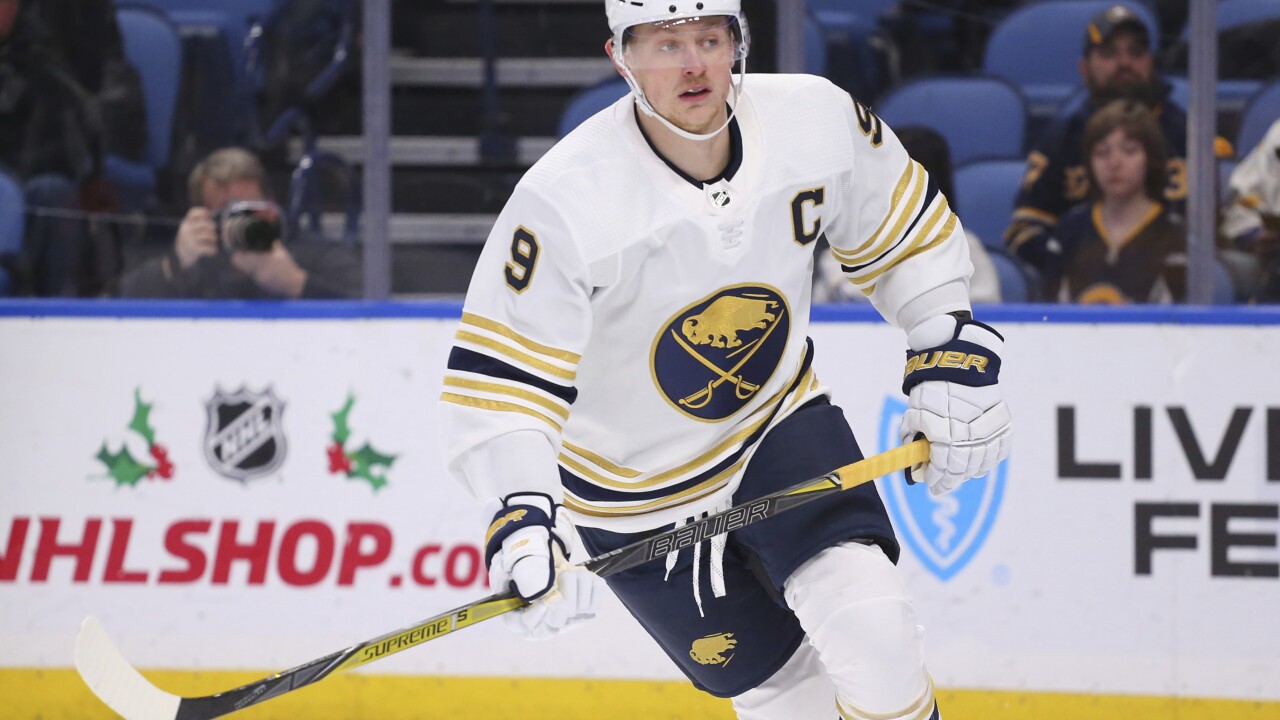 BUFFALO, N.Y. (WKBW) — Reuniting one of last season's most potent lines in hockey couldn't snap the Sabres' skid. After Saturday's 3-1 loss to the Flyers, Buffalo has lost six in a row.

Jeff Skinner was reunited with Jack Eichel and Sam Reinhart for the majority of the game. But the trio didn't produce any offense; Buffalo's lone goal came from Dominik Kahun.

Flyers captain Claude Giroux opened the scoring in the second period and added the eventual game winner early in the third. Carter Hart made 38 saves for Philadelphia.

The Sabres return to Buffalo to face another top team in the Metropolitan Division: the Washington Capitals. Puck drop is on Monday at 7:00 p.m.