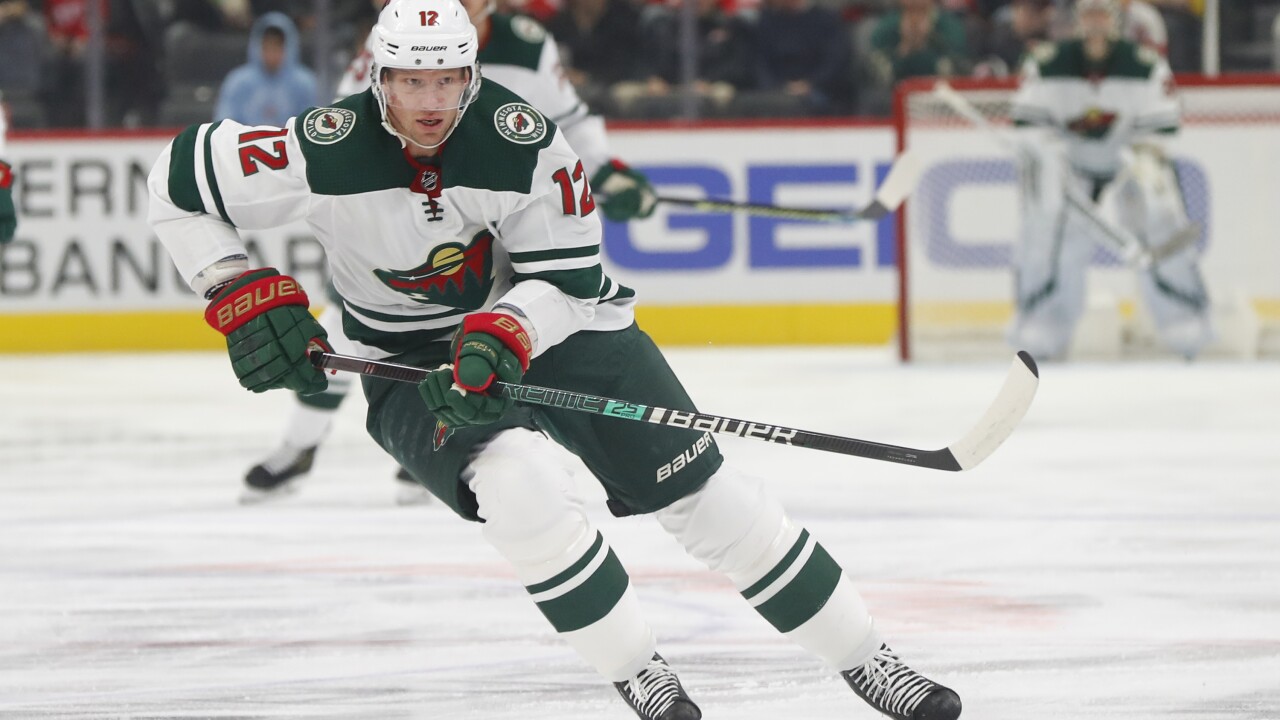 BUFFALO, NY (WKBW) — The Buffalo Sabres have acquired center Eric Staal in a deal with the Minnesota Wild. In return, they're sending Marcus Johansson.

TRADE: We have acquired forward Eric Staal from @mnwild in exchange for Marcus Johansson.

At 35 years old, Staal still has a lot to offer. He's played 16 seasons in the NHL and last season with the Wild, had 47 points in 66 games.

“He’s a winner, he’s been there, he’s been in a game seven of a Stanley Cup Final, he’s raised the trophy," Sabres GM Kevyn Adams said Wednesday night. "I mean these are really, really important experiences that he’s lived and he’s going to bring into our Locker room that are very very important to our team and the culture we have.”

Staal currently ranks in the top 10 among active NHL players in career regular-season games played, goals, and points. Staal was a teammate with Adams in Carolia, where they won a Stanley Cup in 2006. When speaking with reporters, Adams said he's been friends with Staal for years and knows he'll be a perfect fit in the Sabres locker room.

"He's a tremendous, high character person," Adams added. "We added a phenomenal player and person today and I'm very excited about it."

As part of the trade, the Sabres are sending Marcus Johansson to the Wild. Johansson played in 60 games last season, scoring nine goals.

My favorite part about this deal is there’s really no risk involved. Staal can still play & with all due respect to Johansson, he’s a replaceable winger who made too much money & was asked to do too much in BUF. Staal can play 2C right now and be a huge upgrade.