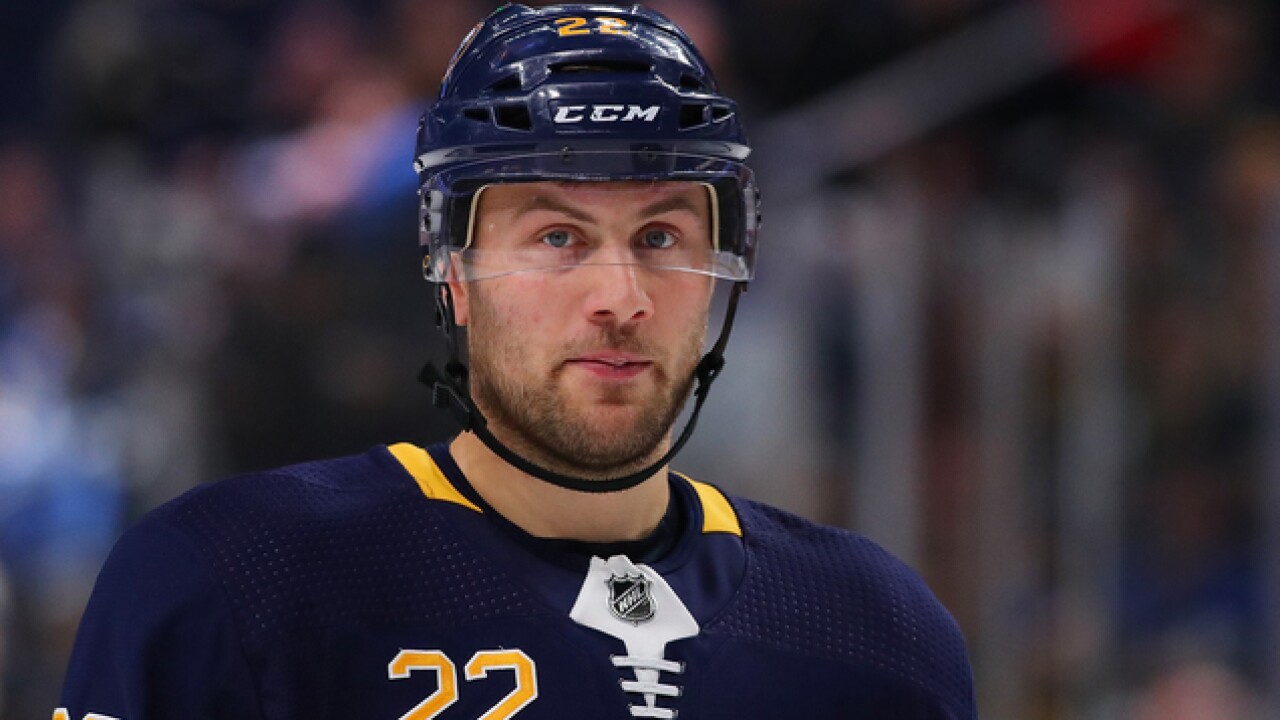 Copyright 2018 Scripps Media, Inc. All rights reserved. This material may not be published, broadcast, rewritten, or redistributed.
Kevin Hoffman
BUFFALO, NY - OCTOBER 30: Johan Larsson #22 of the Buffalo Sabres during the game against the Calgary Flames at the KeyBank Center on October 30, 2018 in Buffalo, New York. (Photo by Kevin Hoffman/Getty Images)

GLENDALE, Ariz. (WKBW) — After spending seven seasons with the Buffalo Sabres, forward Johan Larsson will no longer play for the blue and gold.

According to multiple reports, Larsson signed a two-year contract with the Arizona Coyotes, worth $1.4 million a season.

Larsson follows Wayne Simmonds as the only other Sabre to sign with another team during free agency, who joined his hometown Toronto Maple Leafs.