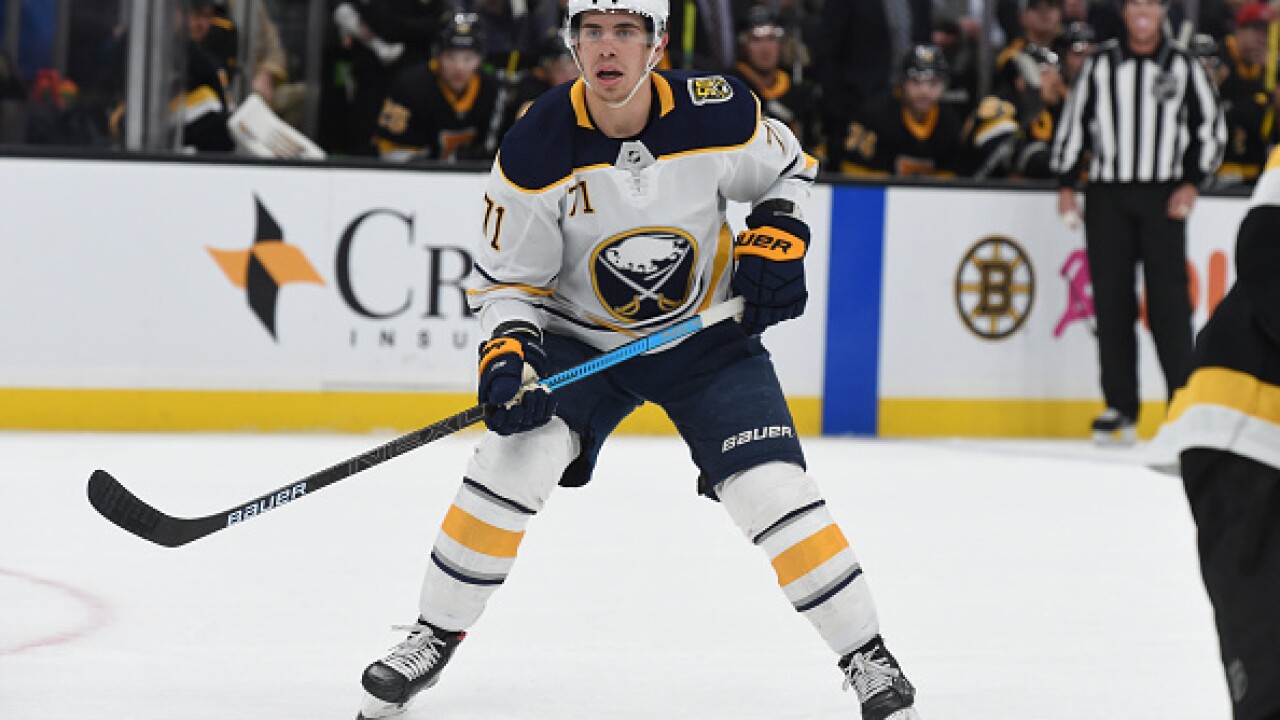 BUFFALO, N.Y. (WKBW) — Another Buffalo Sabres player has requested a trade this season.

According to TSN Hockey Insider Darren Dreger, Sabres forward Evan Rodrigues is looking at other options for his career.

While Sabres veteran Dman, Zach Bogosian requested a trade, Buffalo forward Evan Rodrigues has also made his interests in a trade known. His name has been out there for awhile.

Rodrigues, 26, hasn't scored a goal in 24 games this season with the Sabres, while only recording three assists.

The forward signed a one-year deal worth $2 million, and will be a restricted free agent at the end of the season.