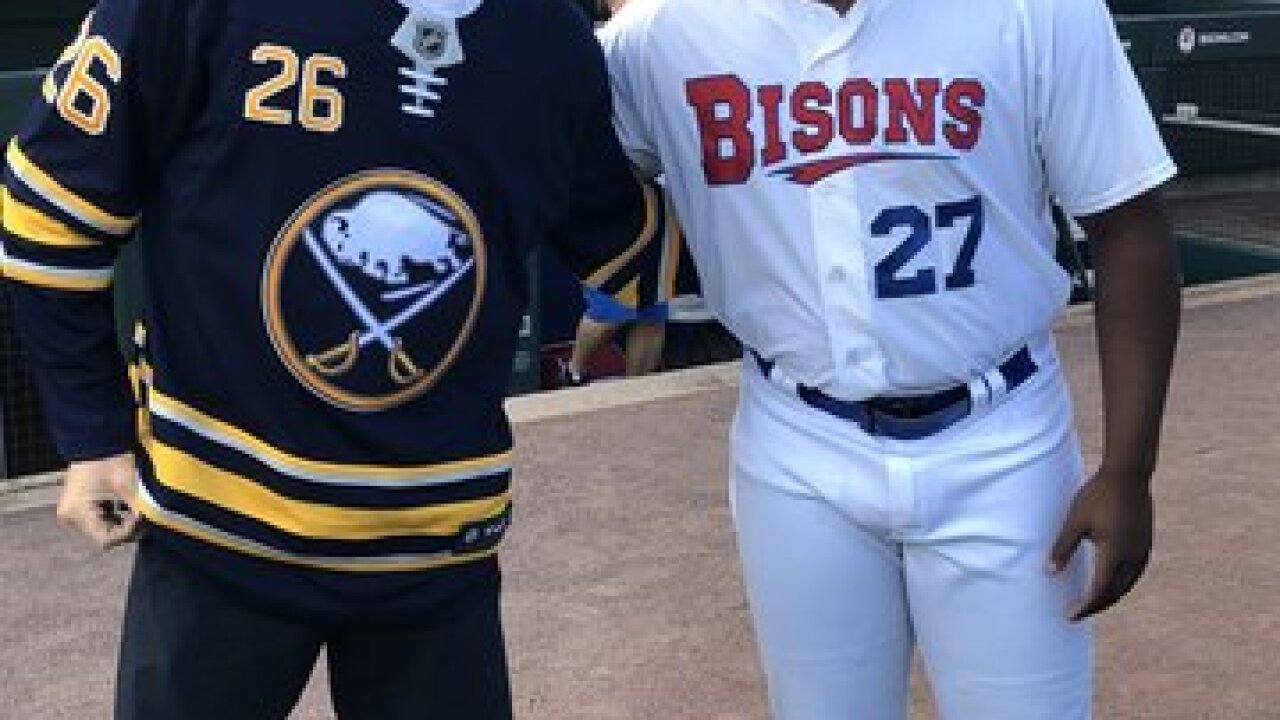 Copyright 2018 Scripps Media, Inc. All rights reserved. This material may not be published, broadcast, rewritten, or redistributed.
<p>This photo is courtesy of the Buffalo Bisons twitter account.</p>

"It was awesome," Dahlin said in an interview with media. "I've heard a lot of great things about him. He's a great player so it was fun."

Dahlin was there to throw out the ceremonial pitch before the Bisons game against Toledo. He had never thrown a baseball before but got some practice in before the game.

"I was pretty nervous, Dahlin said in an interview after the pitch. "I didn't want it to bounce. It went good."

Dahlin says he's been working out and getting ready for the season. The Sabres open up camp later this Fall.