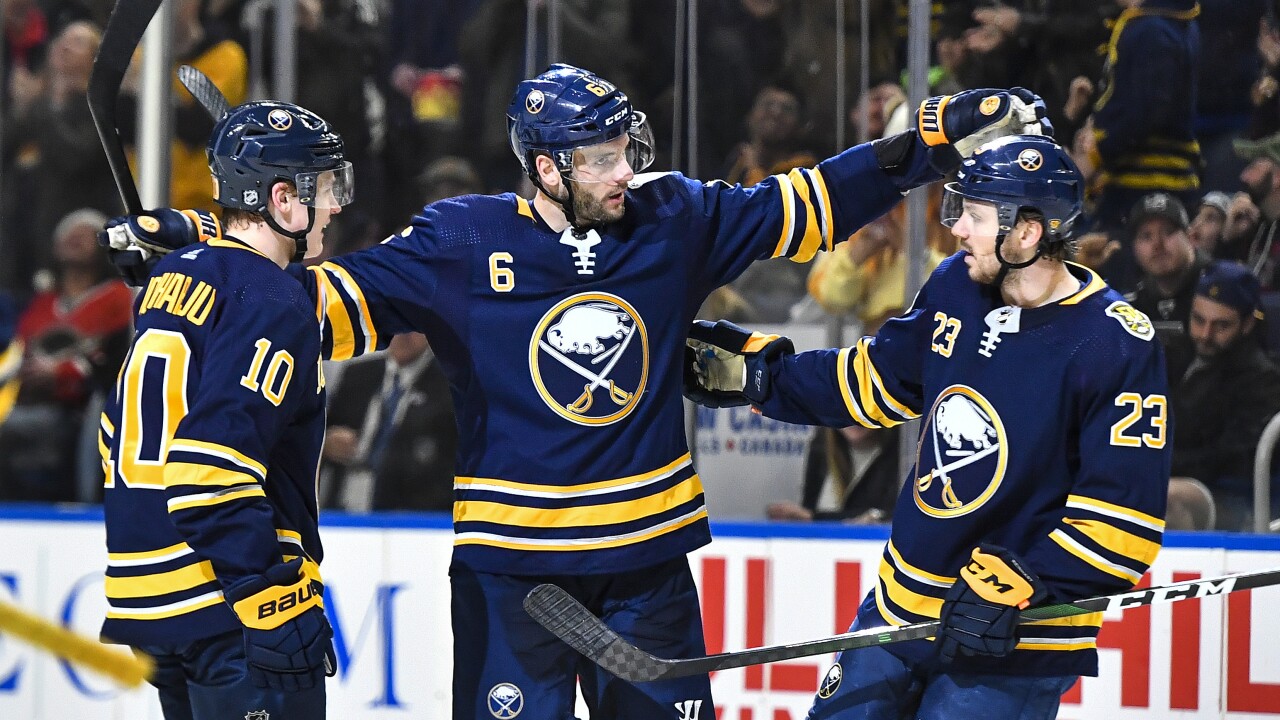 BUFFALO, N.Y. (WKBW) — The Buffalo Sabres bounced back from an ugly loss in Philadelphia Thursday to defeat the Los Angeles Kings Saturday 3-2.

The Kings got on the board first, with forward Adrian Kempe scoring early in the second period for a 1-0 lead.

The Sabres then received goals from two defensemen, Rasmus Ristolainen and Marco Scandella, to take a 2-1 lead into the third period.

Sabres forward Victor Olofsson scored his fourth goal in five games late in the third period to give the team a 3-1 lead.

The Kings added a late goal from Dustin Brown but the Sabres ultimately won 3-2.

The Sabres next play the Ottawa Senators Monday at 7:30 p.m.