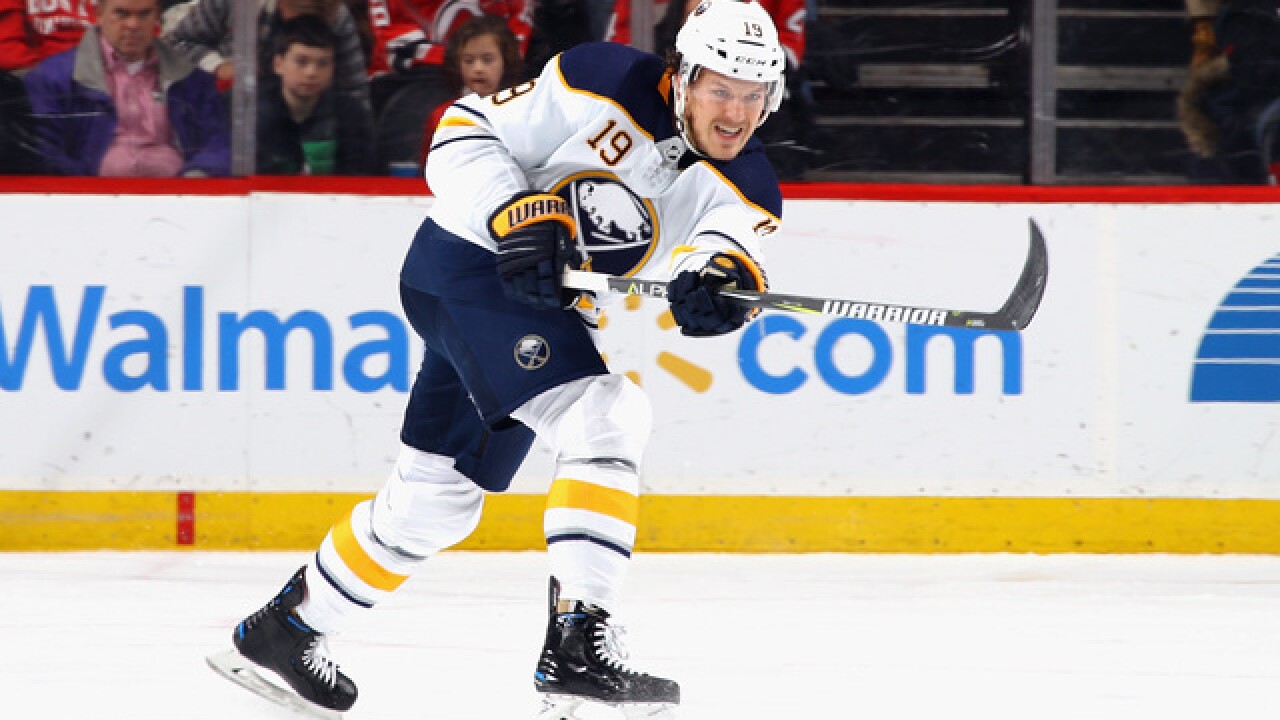 Copyright 2018 Scripps Media, Inc. All rights reserved. This material may not be published, broadcast, rewritten, or redistributed.
Bruce Bennett
<p>NEWARK, NJ - DECEMBER 29: Jake McCabe #19 of the Buffalo Sabres skates against the New Jersey Devils at the Prudential Center on December 29, 2017 in Newark, New Jersey. The Sabres defeated the Devils 4-3 in overtime. (Photo by Bruce Bennett/Getty Images)</p>

BUFFALO, N.Y. (WKBW) — Head coach Ralph Krueger announced his alternate captains for the 2019-2020 season. Both are new to having the designation, and one is new to the Sabres' roster.

25-year old defenseman Jake McCabe has been a mainstay on the Sabres' roster for four seasons, but the last two have been hampered with injuries.

The newly signed 28-year old forward Marcus Johansson serves as a veteran presence in what's still a fairly young locker room. But just because they received A's doesn't mean they're the only leaders.

"Our room is filled with leaders and people that will be helping us lead," Krueger said. "I have to say that whether it's Kyle Okposo, Zach Bogosian, Carter Hutton, or a younger player like Sam Reinhart, everybody has been showing signs of leadership."

"Nobody was upset, they were open honest discussions. The only thing I can say is continue doing what you're doing and continue leading the way you are."

The Sabres open their season in Pittsburgh against the Penguins on Thursday at 7:00 p.m.