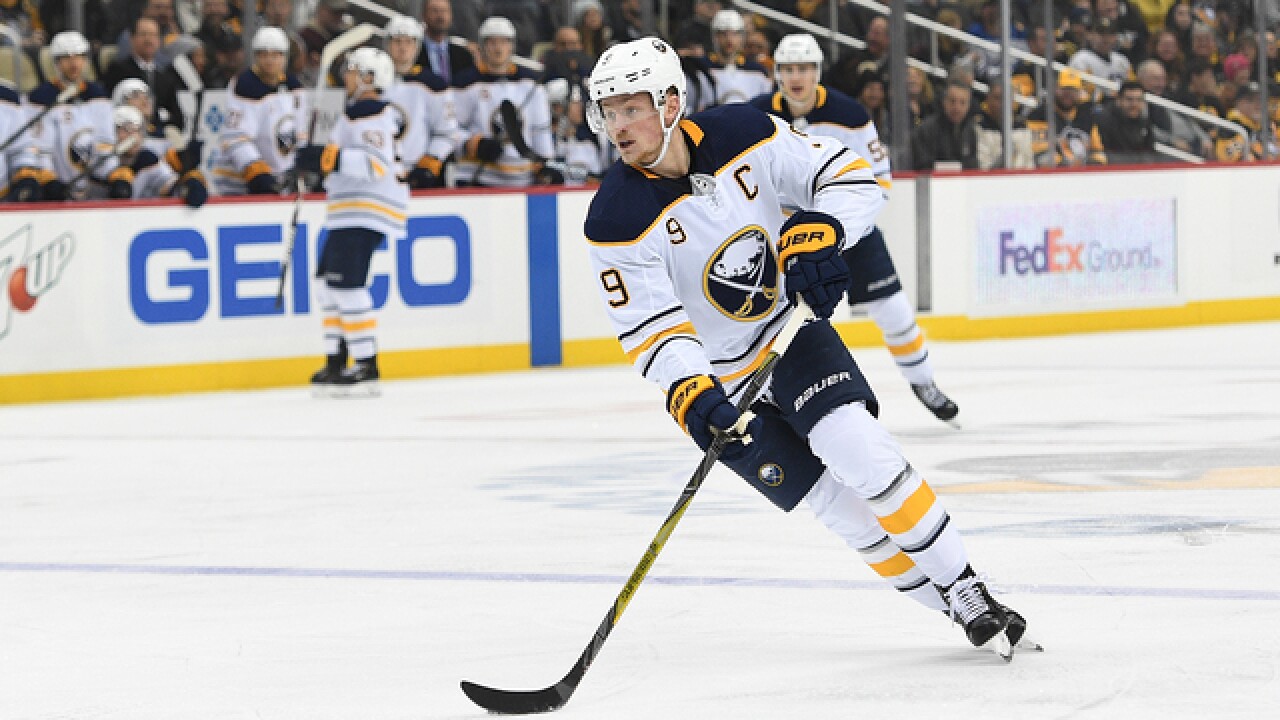 Copyright 2018 Scripps Media, Inc. All rights reserved. This material may not be published, broadcast, rewritten, or redistributed.
Justin Berl
PITTSBURGH, PA - NOVEMBER 19: Jack Eichel #9 of the Buffalo Sabres skates with the puck during the first period in the game against the Pittsburgh Penguins at PPG PAINTS Arena on November 19, 2018 in Pittsburgh, Pennsylvania. (Photo by Justin Berl/Getty Images)

The Buffalo Sabres' win streak stays alive after beating the Detroit Red Wings 3-2 in a shootout on Saturday evening for their 9th straight win. Their last loss came back on November 4th.

The Sabres once again got off to a hot start as Jeff Skinner added on to his already impressive start. He notched his 18th goal of the season (9th goal in nine games) early in the 1st period to give the Sabres a 1-0 lead.

Tage Thompson, who's shown signs of improvement through these last few games, grabbed his third goal of the season in the 3rd period that gave the Sabres a 2-1 lead. The Red Wings came back to tie things up late in the third to send the game into overtime.

After neither team could score in the extra five minutes, the teams went to a shootout. In the seventh round, Linus Ullmark made a glove save while Sam Reinhart found the back of the net to give the Sabres the win. Thompson also scored earlier in the shootout.

With the win, the Sabres are now 16-6-2 on the season with 34 total points and are first not just in the Eastern Conference but in the entire league as of Saturday night.

They're back in action on Tuesday, November 27th when they host San Jose. Faceoff is set for 7 p.m. at KeyBank Center.