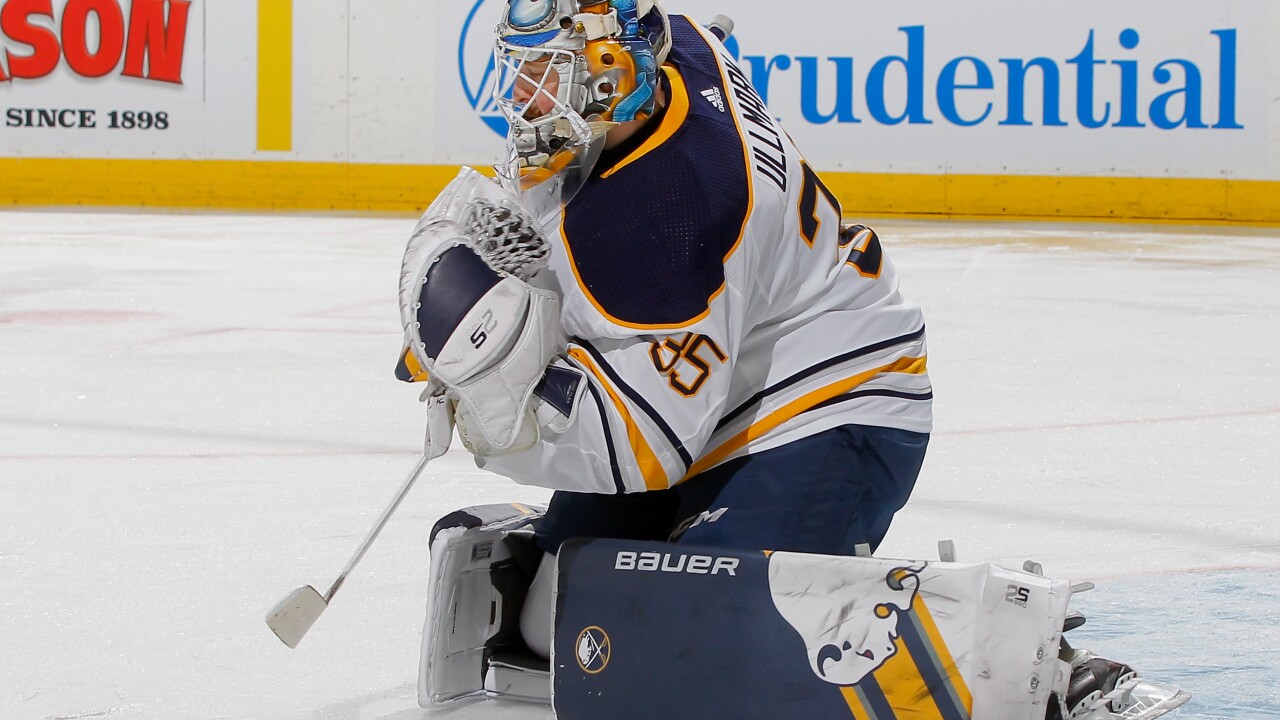 BUFFALO, N.Y. (WKBW) — Sabres goalie Linus Ullmark was the last of the Sabres' restricted free agents this offseason. After an abritration hearing yesterday, the team announced a one-year, $1.325M extension with the netminder.

Ullmark played in a career-high 37 games last season as he split time with veteran goalie Carter Hutton. He had a save percentage of .905 and a goals against average of 3.11 over the course of the 2018-19 season.

Between Ullmark's extension and defenseman Jake McCabe's new deal announced this morning, the Sabres have signed all of their restricted free agents.