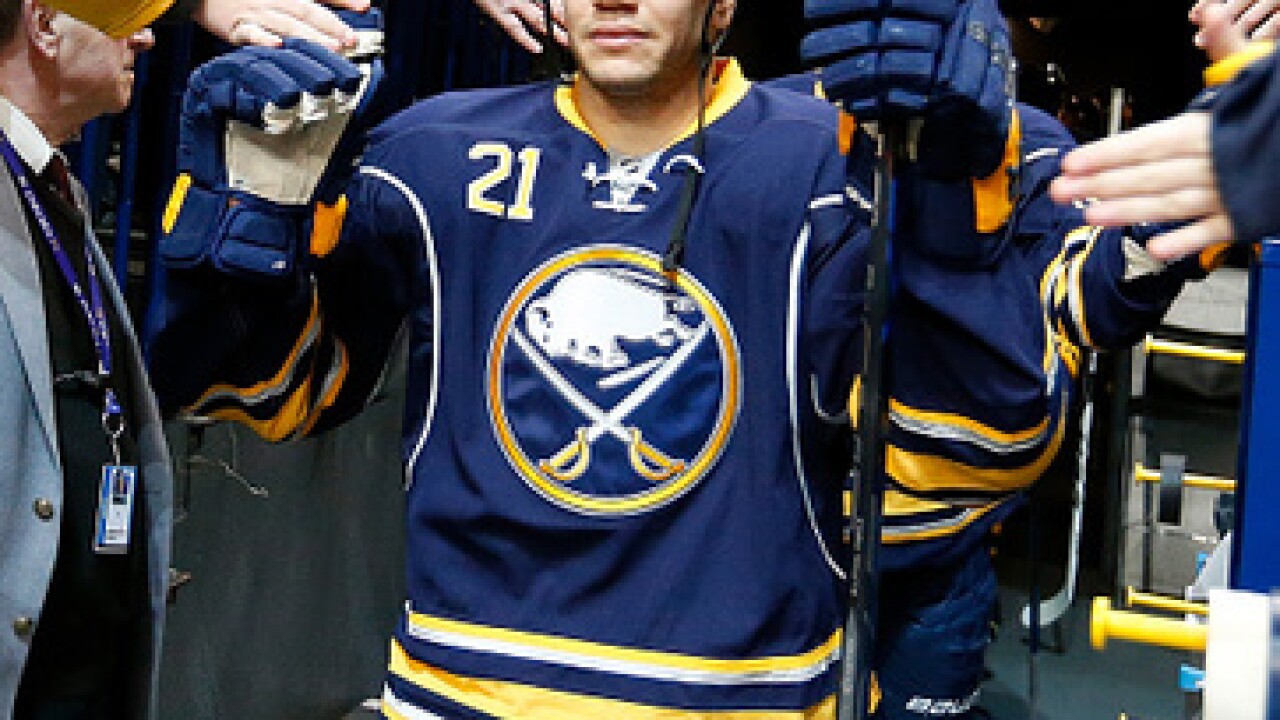 Copyright 2017 Scripps Media, Inc. All rights reserved. This material may not be published, broadcast, rewritten, or redistributed.
Kevin Hoffman
<p>BUFFALO, NY - MARCH 2: Kyle Okposo #21 of the Buffalo Sabres before the game against the Arizona Coyotes at the KeyBank Center on March 2, 2017 in Buffalo, New York. Sabres beat the Coyotes 6-3. (Photo by Kevin Hoffman/Getty Images) *** Local Caption ***Kyle Okposo"n"n</p>

Hockey players are often considered the toughest among athletes.

But, after taking what he believed was a routine hit during practice, Kyle Okposo's health began to deteriorate and he knew he needed to seek help.

For the first time, in an open letter in which he thanks fans and the community for their support during his health scare, the winger details the events and medical emergency that ended his season early.

"It all started with a routine hit in practice on a normal play. Just a hard bump. In fact, the play was so common that I sort of just brushed it off without thinking much of it," he writes.

But in the ensuing days, my mood began to change. I didn't notice, but the people around me did. By the time we were playing our game against Florida on March 27, I had been having trouble sleeping for a couple of days already. My senses for some reason were worsening with each passing day. I thought I was just overtired."

Okposo played his final game of the season at home against Florida on March 27.  The 29-year went to the hospital in the hopes they'd be able to help him.

"The medications they gave me to sleep caused a negative reaction in my body. I still couldn't sleep, and the weight loss continued at an alarming rate. At one point, I weighed less than 200 pounds. I haven't weighed that little since I was 17."

Okposo would later be admitted to the ICU of Buffalo General Hospital.

Four months later, he's healthy and back on the ice, skating for the first time last week in a summer league game in Minnesota.

The ordeal has put his life in perspective, and he says the most important thing to him is his family.

"Dealing with an injury like this can change your perspective on life. It makes you evaluate what's truly important. Hockey, of course, is extremely important to me. It's my job, and it's what I've done my whole life. But in saying that, I also don't want hockey to define me as a person. I want to be somebody who is known as a good person first and foremost."

You can read Okposo's full letter here: Thank you from Kyle Okposo