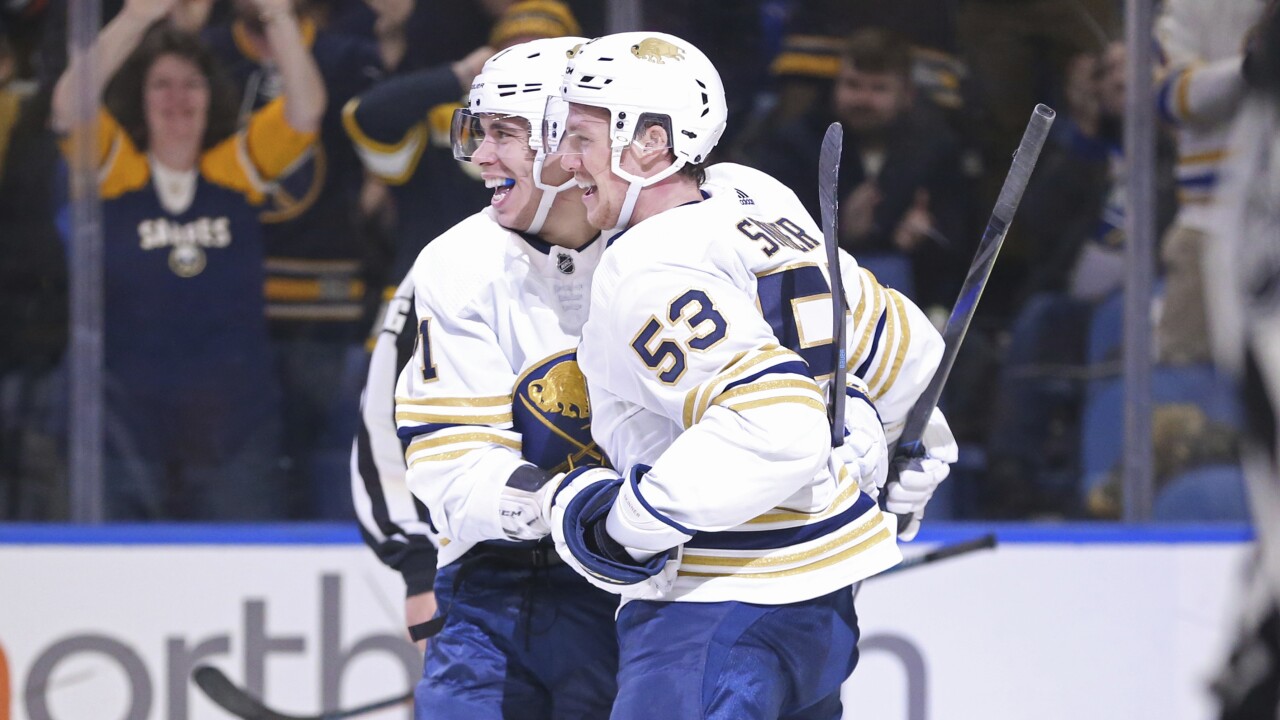 BUFFALO, N.Y. (WKBW) — The Buffalo Sabres bounced back from a tough loss against the Ottawa Senators earlier in the week with a win against the Pittsburgh Penguins Saturday.

The Sabres got off to a hot start with Zemgus Girgensons scoring 14 seconds into the game.

Following a goal from Penguins forward Evgeni Malkin the teams headed to the third period with the score 3-1 in favor of the Sabres.

Skinner scored his first goal since December 2nd and Eichel added his second power play goal to finish off the scoring for the Sabres and give Buffalo a 5-2 win.

Sabres goalie Carter Hutton made 41 saves on the afternoon.

Buffalo is back on the ice Sunday at the KeyBank Center for a 3 p.m. faceoff with the Winnipeg Jets.