"It's a place I can see myself for a while", Hall ready to help turn Sabres around 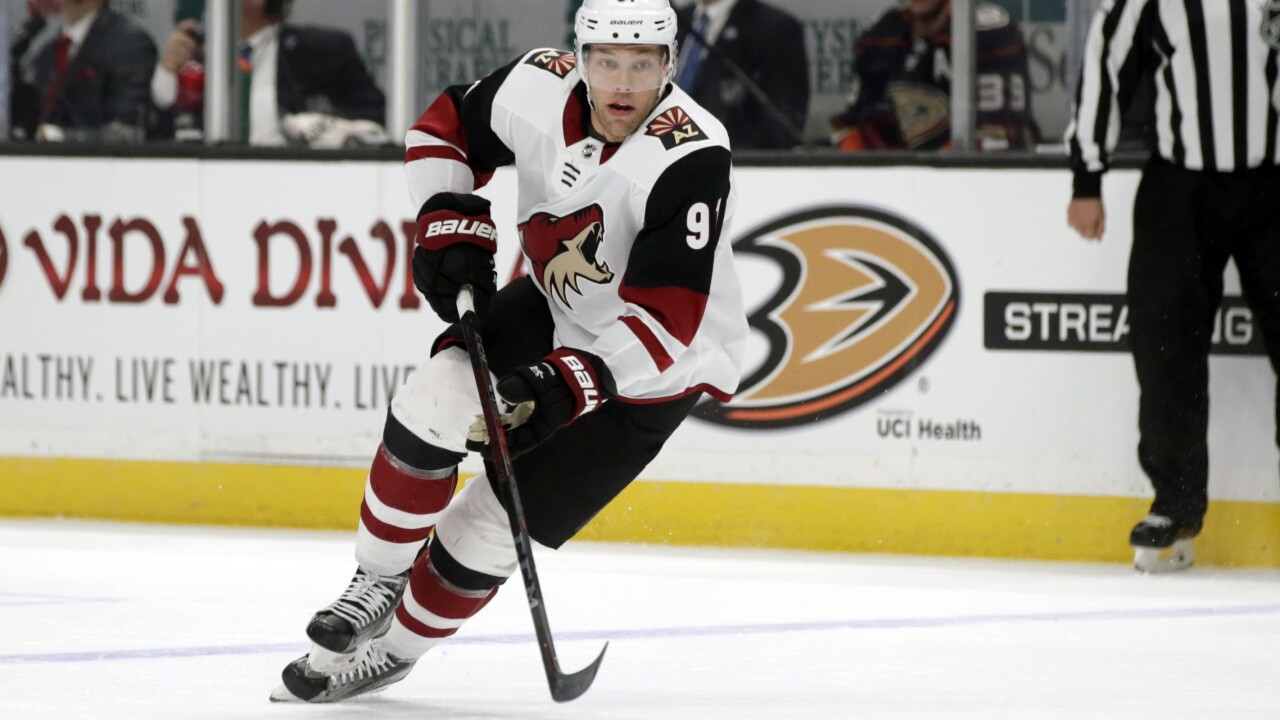 BUFFALO, NY (WKBW) — For Taylor Hall, Buffalo is the place to be.

"When you break it down and look past things, I think you see a team that has elite players, ownership that's committed to building a winner, and a coach that I feel can get a lot out of his players," Hall said. "[Coach Krueger] told me about Buffalo. I could just see it in his face that he wanted me there and it's a good feeling to see and know that."

After a few quiet days of free agency, the Sabres finally made their splash Sunday, signing the former Hart Trophy winner. Hall had options, but ultimately went with Buffalo.

"In the back of my head I always knew that would be a good situation," Hall said about choosing Buffalo. "It was appealing to me and even before free agency, Buffalo was a place I told my agent I would think about playing there. It would be something that I think would be enjoyable and I'm really glad that we're here."

I asked Taylor Hall if there was a moment or a conversation that stood out that helped convince him to join the #Sabres @WKBW pic.twitter.com/pHM0kkSSdy

Hall has a pretty impressive resume. The former no. 1 pick spent six years in Edmonton before being traded to New Jersey, where he won the Hart Trophy in 2018. In 10 seasons, he has 218 goals and 563 points. He's coming off a 10 goal and 17 point season with Arizona.

"I just didn't feel as good as I would've liked," Hall said about last season. "We played a more defensive system. We didn't score a lot and we weren't a transition team. The puck didn't go in the net as much as I wanted. With the right people around me and a fresh start, I feel like I can get back to my totals from the last few years."

Hall is no stranger to Sabres head coach Ralph Krueger. He played under Krueger when he was an assistant coach in Edmonton and again when he was a head coach with the Oilers in 2012-2013. During that year, he had 16 goals and 34 assists in a shortened season [45 games].

"He's so diversified in his interest and how he talks to people. I think in 2020, a coach like him has the greatest chance of connecting with athletes and making people better," Hall said about Krueger. "He got the most out of me, I have a lot of respect for him, and he's a great hockey mind. He sees the game in a way an offensive way a guy wants to play for."

Hall will join a team that hasn't made the playoffs in nearly a decade and despite having a hot start in 2019, failed to keep it up. Hall specifically mentioned captain Jack Eichel, naming him as a big reason why he wanted to come to the Queen City. In a tweet from ESPN's John Buccigross, Eichel's excited to have Hall on his team.

"He's an amazing hockey player. I think he took a great step last year. Now it's about can we find a way to get him in the playoffs and get him on a stage that he deserves," Hall said about Eichel. "He [Krueger] thinks we're a really good pair. We have the same personality and we're gonna gel well."

Hall's deal is a one-year contract worth $8M. He wasn't surprised with a short-term deal given everything going on outside the hockey world, but isn't ruling out the possibility of calling Buffalo home much longer.

"It's a place I can see myself for a while," Hall said. "Hockey's an interesting thing. Things can happen and turn pretty quick if you have elite pieces, like the Sabres do. I truly think they can have a good season. If I didn't think that, I wouldn't be here."