"I can still be an offensive contributor", Eric Staal ready to bring experience to Buffalo 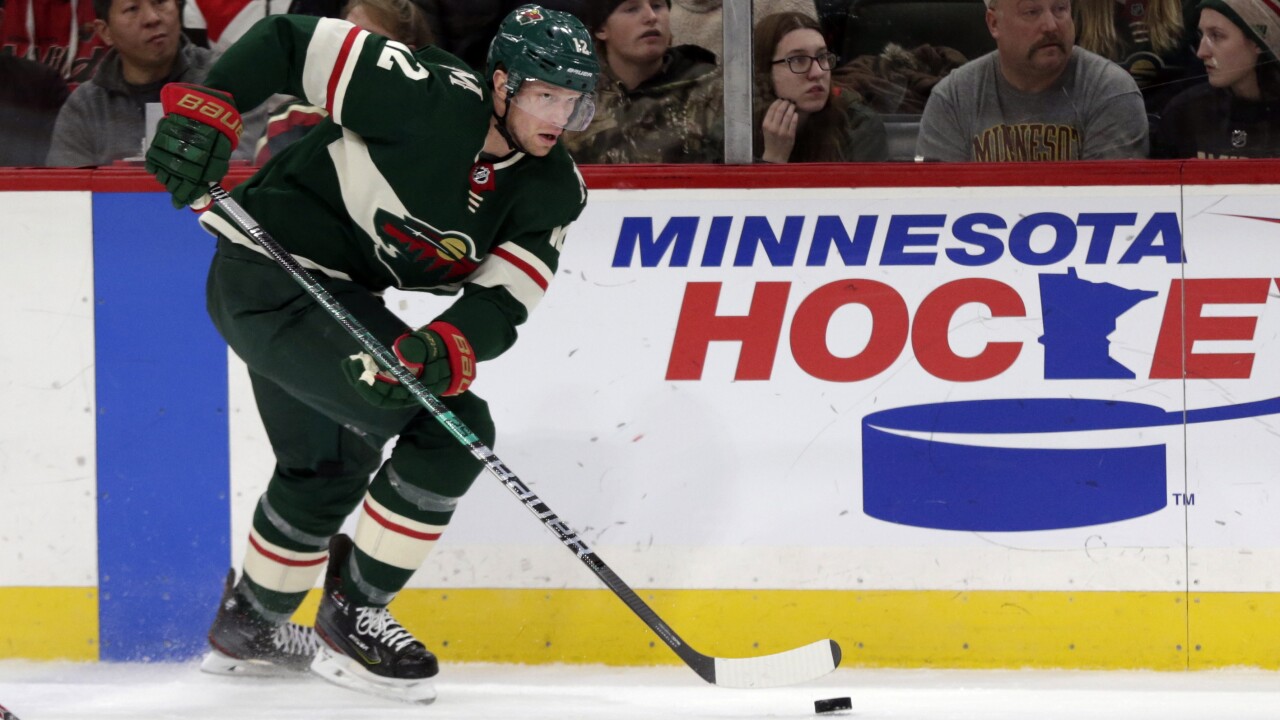 BUFFALO, NY (WKBW) — Eric Staal knows trades are a part of being a professional hockey player. But after four seasons with the Minnesota Wild, he was a little surprised after the team traded him to the Buffalo Sabres.

"When you get news out of the blue, it throws you for a little bit of a loop. It's something that is a change, but we can adapt to change and we can move forward," Staal said about he and his family hearing the news he was traded. "We're excited about the opportunity and the challenge that's ahead."

The new opportunity involves Staal joining a Sabres team that hasn't made the playoffs since the 2010-2011 season. Despite starting off last season with a bang, sitting atop the NHL standings at one point, the team finished with a 30-31-8 record. Staal will add some experience at the center position behind captain Jack Eichel, but says it's all about more than just talent.

"The center ice position is very important. Most teams who are successful have that," he said. "But for me, the bigger reason for success is a team playing as a team. You need everybody. You need commitment from your whole line-up. It's cliche and boring to say but you don't win unless you're a team that's tight knit and committed to success."

Since being drafted in 2003, Staal has spent the majority of his career with the Carolina Hurricanes. It was there he played with Sabres General Manager Kevyn Adams as the two won a Stanley Cup in 2006. Staal says when Adams was named the Sabres' GM, he sent Adams a note wishing him the best. Little did Staal know Adams would be trading for him months later.

"That's been a very large factor," Staal said about his comfort level with Adams. "It's been a whirlwind, but being able to play for him and knowing the type of character he is, it's a new opportunity and I'll be ready for it."

And the 35-year-old is ready for the next step in his career, despite what some may say when it comes to his age.

"Age always seems to be talked about in this line of work," Staal said. "I still feel great, my body feels good, I'm excited every time I go to the rink and compete. I think in the right situation, I can still be an offensive contributor and help my teammates around me be better."