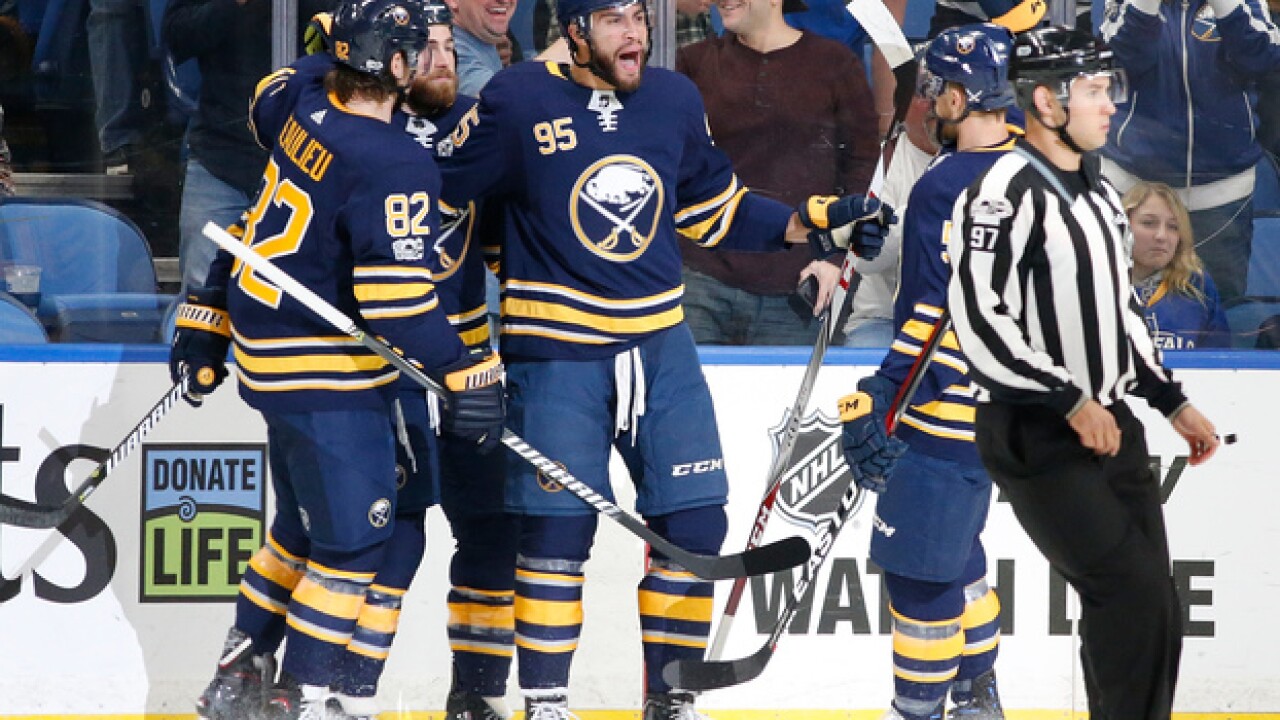 Copyright 2018 Scripps Media, Inc. All rights reserved. This material may not be published, broadcast, rewritten, or redistributed.
Kevin Hoffman
<p>BUFFALO, NY - OCTOBER 20: Justin Bailey #95 of the Buffalo Sabres celebrates after scoring on the Vancouver Canucks during the first period at the KeyBank Center on October 20, 2017 in Buffalo, New York. (Photo by Kevin Hoffman/Getty Images)</p>

The Buffalo Sabres signed three players to one-year, two-way contracts on Sunday, each worth a different amount of money.

Nick Baptiste, Justin Bailey and Danny O'Regan all signed deals to remain with the Sabres for another year. Their contract worth is dependent on whether they play for the Sabres or Rochester Americans in the AHL.

Baptist's contract is worth an average of $874,125 at the NHL level. Last season, Baptiste played in 33 games with the Sabres where he recorded four goals and two assists.

O'Regan's contract is worth $787,500 at the NHL level. O'Regan was acquired by the Sabres in February of 2018 and last season with the San Jose Sharks and Sabres, recorded four assists. O'Regan had four assists in 21 games.

Bailey's contract is worth an average of $715,000. Last season, the Buffalo native played 12 games at the NHL level with the Sabres where he scored three goals and added one assist. He also played in 27 AHL games for the Rochester Americans.

As of Sunday night, the Sabres have two restricted free agents left to sign in C.J. Smith and Sam Reinhart.