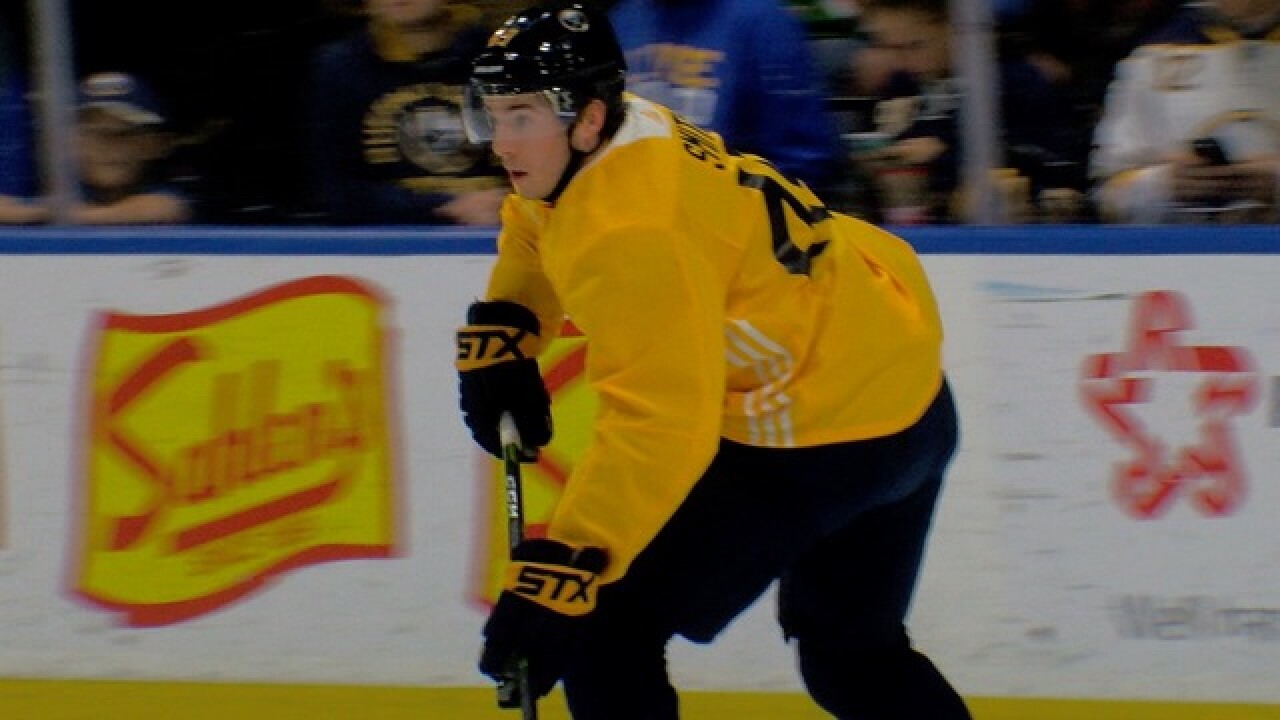 The Buffalo Sabres have signed another player to a one-year, two-way contract following three signings on Sunday. The Sabres have signed forward C.J. Smith to a deal worth $874,125. That salary is dependent on what league he plays in.

His totals last season ranked third among Amerks skaters in points, tied for second in goals and tied for third in assists. He earned him a spot in the 2018 AHL All-Star Challenge, where he recorded five points (3+2) to earn Most Valuable Player honors.

With Smith's signing, the Sabres now just have one restricted free agent without a new contract in Sam Reinhart.