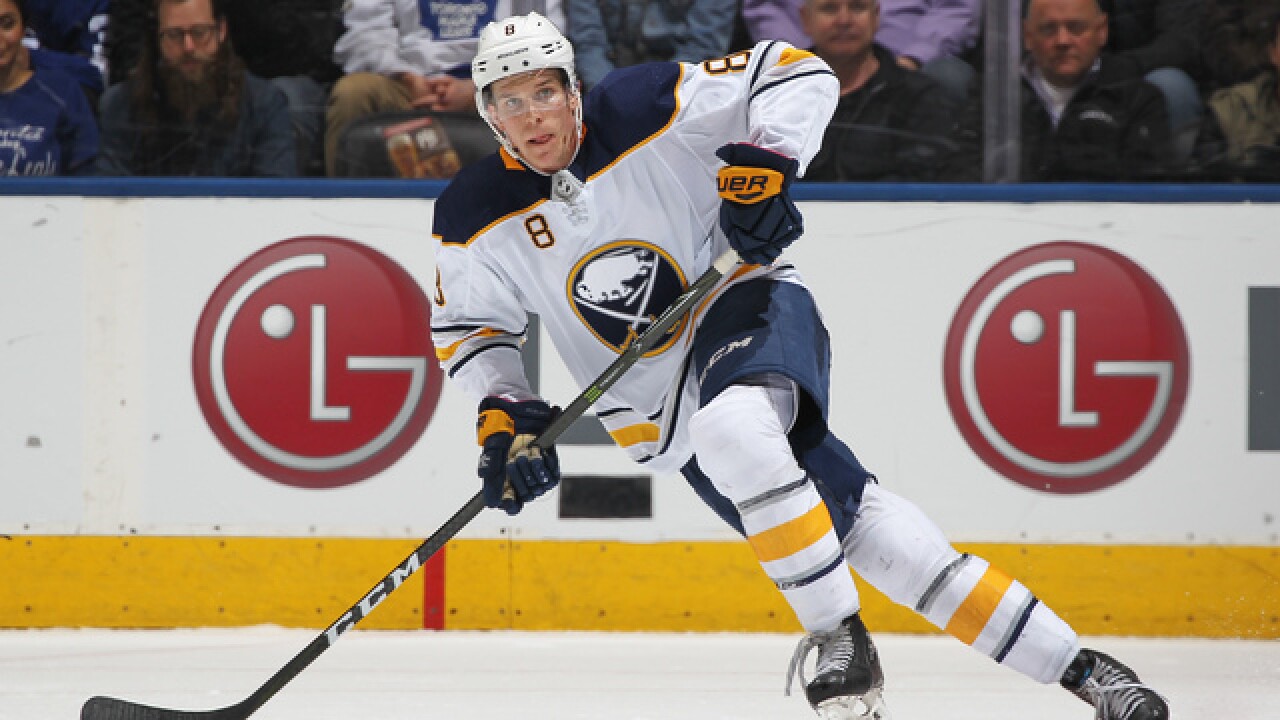 Copyright 2018 Scripps Media, Inc. All rights reserved. This material may not be published, broadcast, rewritten, or redistributed.
Claus Andersen
<p>TORONTO, ON - APRIL 2: Casey Nelson #8 of the Buffalo Sabres skates against the Toronto Maple Leafs during an NHL game at the Air Canada Centre on April 2, 2018 in Toronto, Ontario, Canada. The Maple Leafs defeated the Sabres 5-2. (Photo by Claus Andersen/Getty Images) *** Local Caption *** Casey Nelson</p>

BUFFALO, N.Y. (WKBW) — The Buffalo Sabres announced on Thursday that defenseman Casey Nelson will return on a one-year deal.

We have signed defenseman Casey Nelson to a one-year contract with an AAV of $700,000.

Nelson, 28, will spend his fifth year with the Sabres organization, after joining the team as an undrafted college free agent.

In those four seasons, Nelson has played 93 games with the Sabres and tallied four goals and 14 assists.