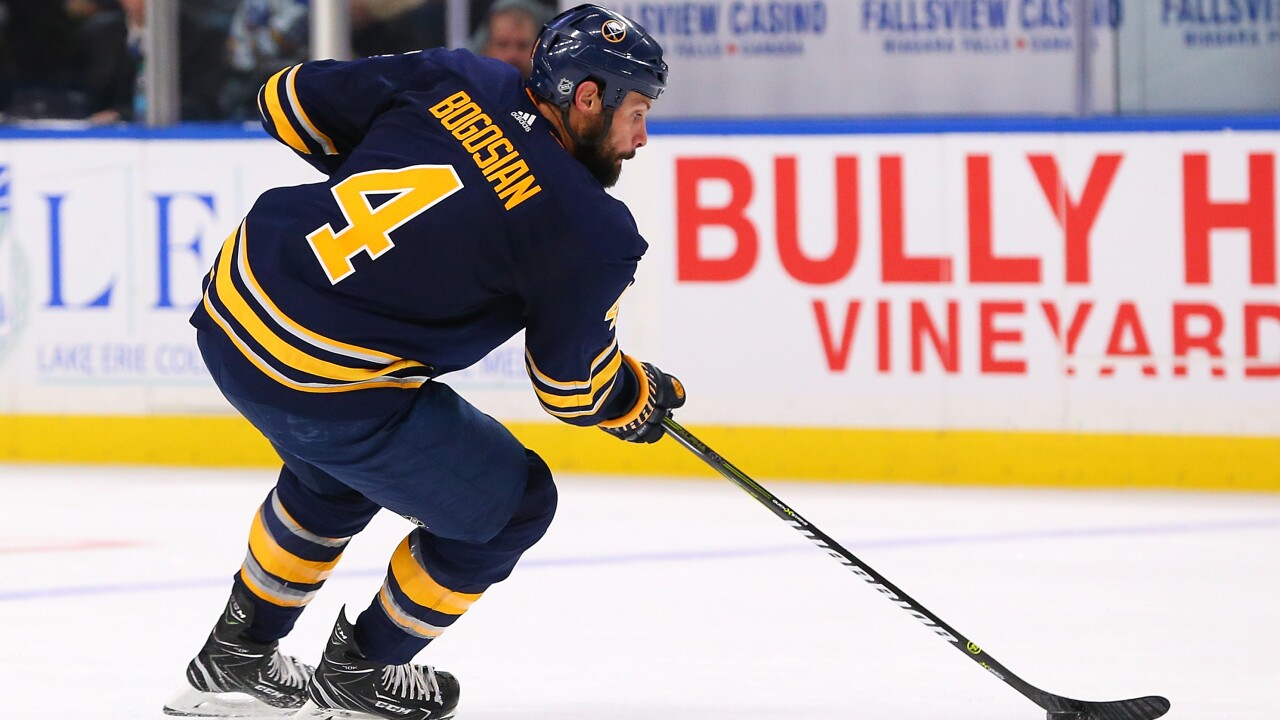 The Sabres acquired Bogosian in a trade with the Winnipeg Jets in February of 2015.

Across six seasons with the Sabres, Bogosian has played in 243 games and tallied 13 goals and 54 assists.

Bogosian was selected in the first round, third overall by the Atlanta Thrashers in the 2008 NHL Draft.