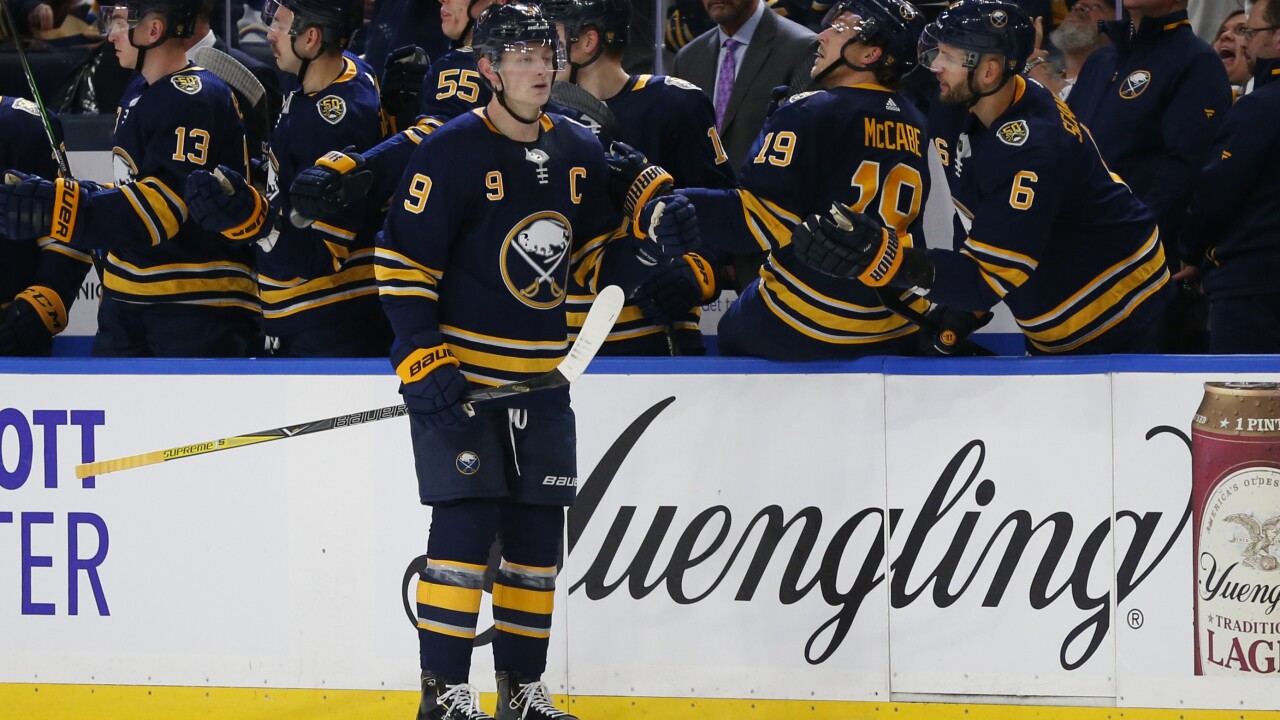 BUFFALO, N.Y. (WKBW) — This doesn't count as an observation, but Jack Eichel was dominant on Saturday night. Other Sabres had their chances, but without him, Buffalo very well could've been shut out by a bottom dweller in the eastern conference. Instead, the Sabres topped the Ottawa Senators 4-2 at home to snap their skid that has dated back to October. It's a quick turnaround for the Sabres; they play the Blackhawks in Chicago tomorrow night.

The Sabres have faltered, and in turn, Ralph Krueger has shuffled their lines. In that process, Mittlestadt lost the line on which he found an offensive spark while the Sabres were on the west coast. He's failed to get it back for weeks now despite retaining minutes on the power play as well as even strength.

Not only was his lone shot on goal a one-timer that he only got a piece of, he also lost on faceoffs fairly regularly against a Senators team that's nothing to write home about down the middle, save for J.G. Pageau. It could do the second-year center some good to be the pivot that sits when either Johan Larsson or Marcus Johansson return to the lineup.

Rasmus Aspluind played with something to prove.

Without two of their opening day centers, the Sabres called up Rasmus Asplund from Rochester. The Swedish native was one of Rochester's best players last season and had a shot at making the blue and gold full time throughout the fall; but he ultimately came up short and returned to the AHL.

His numbers weren't gaudy, but he made his case. Asplund was hustling in all three zones tonight, and he was solid on faceoffs as well. That effort was rewarded with a golden chance on a breakaway in the second period. He was stopped by Craig Anderson, but it was an all-around solid debut for Asplund.

The Scandella showcase isn't much of a show.

It's no secret: The Sabres have a surplus of defensemen and a shortage of forwards; specifically forwards who can provide secondary scoring. One of the explanations for scratching Colin Miller for the second night in a row could be showcasing Scandella to potential trade suitors. The veteran blueliner stood out, but not in a good way.

Scandella was caught puck watching multiple times in the defensive zone, which left a Senator on the opposite side of the crease wide open. Offensively, his passing was off the mark and he missed an easy pinch to his forehand that allowed Ottawa to make a change. Maybe I'm wrong, and maybe Miller did something to be scratched, but if not, Scandella's play tonight wouldn't exactly attract a trade.