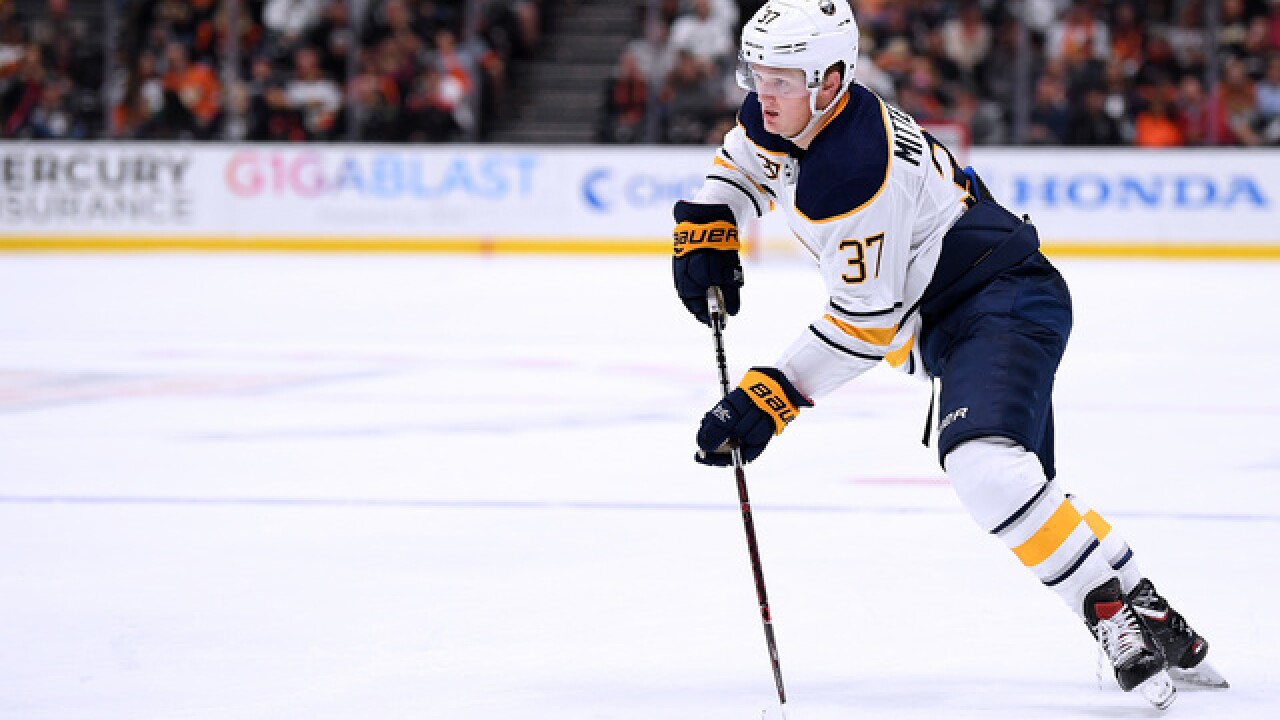 Copyright 2018 Scripps Media, Inc. All rights reserved. This material may not be published, broadcast, rewritten, or redistributed.
Harry How
<p>ANAHEIM, CA - OCTOBER 21: Casey Mittelstadt #37 of the Buffalo Sabres controls the puck during the game against the Anaheim Ducks at Honda Center on October 21, 2018 in Anaheim, California. (Photo by Harry How/Getty Images)</p>

BUFFALO, N.Y. (WKBW) — Sabres center and former first round pick Casey Mittelstadt has been assigned to the AHL's Rochester Americans. Because he is on his entry level contract, he does not have to clear waivers.

The 21-year old has four goals and five assists in 31 games played this season. Recently, he's been a healthy scratch for Buffalo in favor of Evan Rodrigues or a seventh defenseman in the lineup.

Mittelstadt was taken 8th overall in the 2017 NHL Entry Draft. He will a restricted free agent this summer.