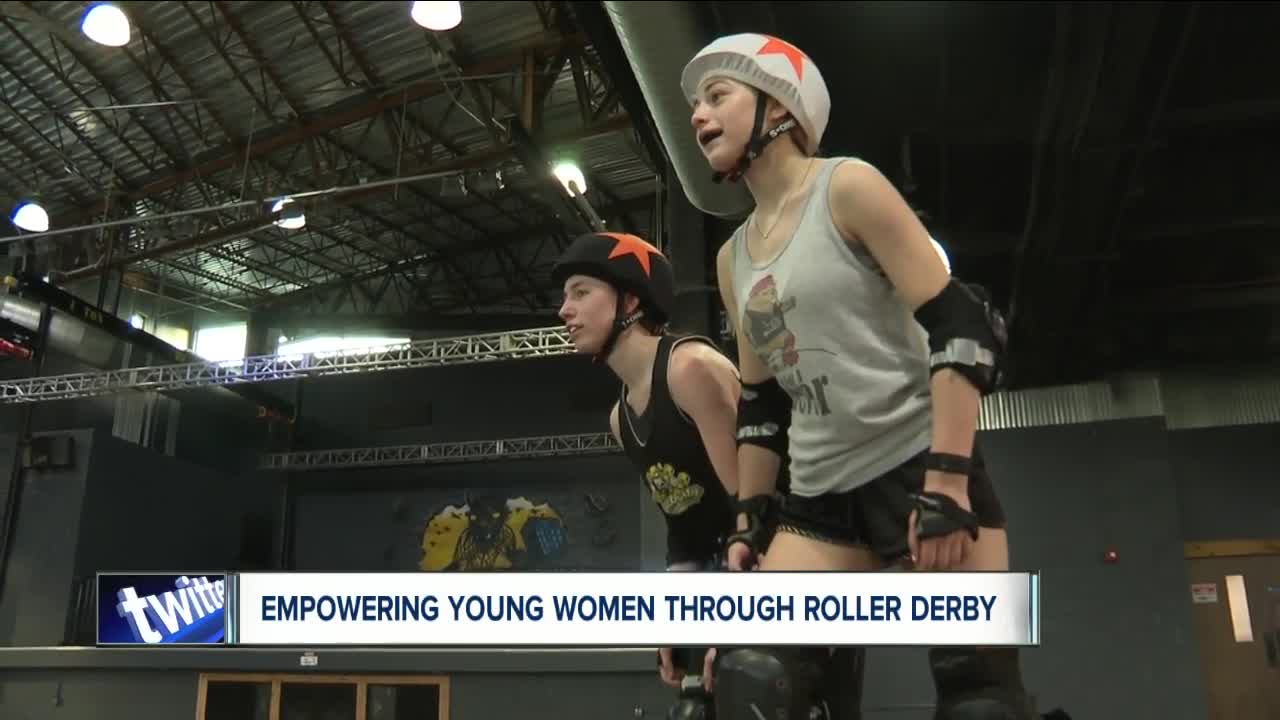 BUFFALO, N.Y. (WKBW) — From the sound of the first whistle, it's a physical battle.

It's a sport known as roller derby. Inside Buffalo Riverworks, there's a flat surface beside the restaurant and is home to the Queen City Junior roller girls, a team formed in 2011.

"I thought it was a really cool way to get myself out there and join something," said Mia Cacciatore, aka Cacciatore Crusher, a member of the inaugural team. "I wanted to put myself on the line and take a risk."

Since their first year, the team has grown. Veterans have stuck around, new girls have joined, and they've continually gotten better year after year.

"They're really phenomenal young athletes," said coach Crista Murphy. "Some of them started roller derby at the age of 10 and they've worked hard every year."

So hard that this year, the team achieved something for the first time.

At the beginning of the season, the the team was nationally ranked in the top 30 but win after win, they slowly climbed up the rankings. The top ten teams in the nation qualify for the Junior Roller Derby Association championships and when the final rankings came out, the QC juniors came in at number 10.

The team has been training every Wednesday and are ready for whatever is thrown their way. Win or lose, it's an experience of a lifetime.

"It's really more about having fun," said Kay Budziszewski, aka Kat Atomic. "It's such an amazing experience to focus on being there, being able to travel and meet all these other people who love the same thing you do and work hard at the same thing you do. It's real exciting."

From the first whistle next week, the team hopes to make Western New York proud and attract future roller girls.

"We really hope that this experience will help bring more young athletes, who are aspiring to skate, to come to our league and try out this awesome sport," Murphy said.

The JRDA Championships are set for July 26th-28th in Loveland, Colorado.