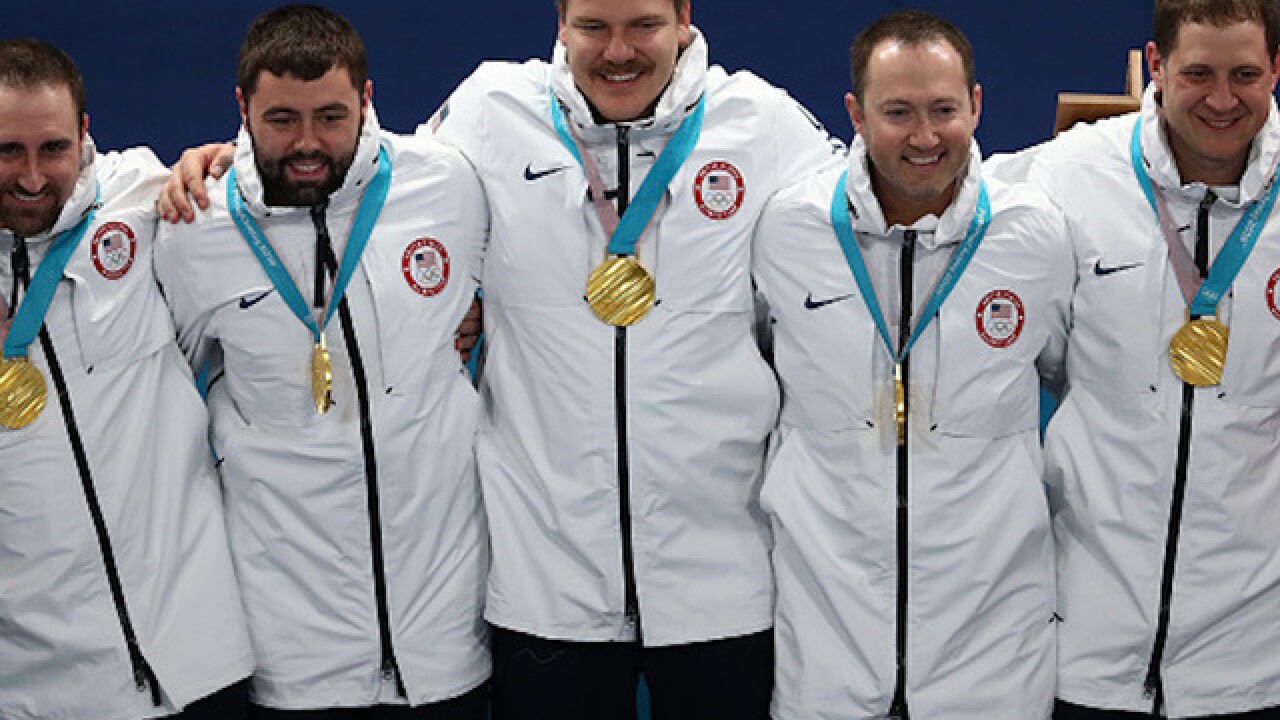 Accidents happen. Even at the Olympics.

One of the most inspiring American Olympic stories in recent memory, the rags-to-riches journey of Team USA curling and the first-ever Olympic gold medal in curling, ended in Pyeongchang, South Korea with a silly sidelight.

Team USA got their gold medals and proudly sang the National Anthem. Then they went off the podium and, as they looked at the medals they worked a lifetime for, they discovered...um...uh...

The US men's curling team just realized the gold medals they were awarded moments ago say "women's curling gold medal" on them. Their coaches are working on it ... #pyeongchang2018 pic.twitter.com/PERIMuXN98

LOL! @TeamUSA #Curling laughs as they tell me they were given the Women’s Gold Medals! They are happy to wait for the swap 😂 @usacurl #pyeongchang2018 pic.twitter.com/1eejzUN3pW

Just another fun twist in the story of these lovable guys who, six days ago, were fighting for their Olympic lives and facing elimination, then turned it around and won five straight must-win matches to take home gold.

The right gold, after the "oops" moment.