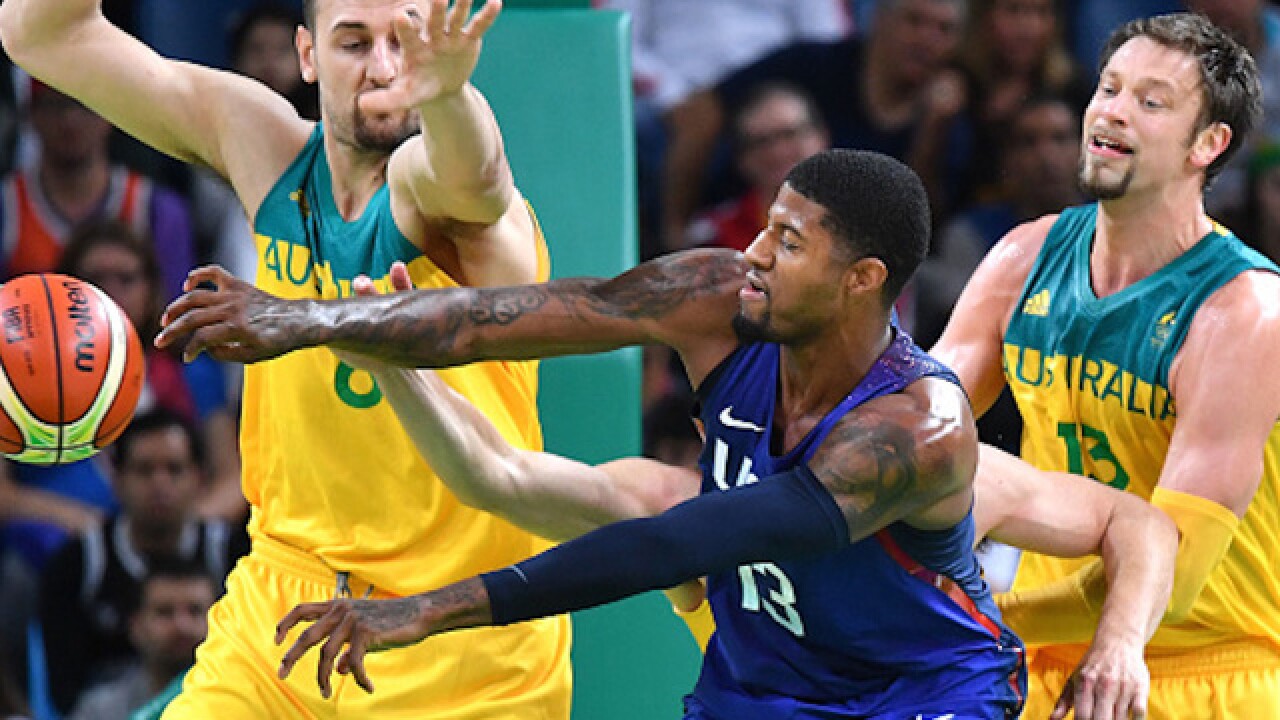 Facing its toughest challenge at the Olympics, the United States men's basketball team survived a tough challenge from the Australian national team as the Americans won 98-88.

The US continues its dominance in men's basketball at the Olympics, and improved to 3-0 in group play.

Australian Andrew Bogut, a new member of the Dallas Mavericks, went toe-to-toe with his Golden State Warriors replacement Kevin Durant. Bogut held Durant to 4 of 16 from the field.

USA's leading scorer Carmelo Anthony scored 27 of his game-high 31 points from behind the 3-point line.

Australia was led in scoring by Patty Mills. The point guard who plays professionally for the San Antonio Spurs scored 30.

Besides the USA, Australia has the most NBA experience in the Olympic Games.