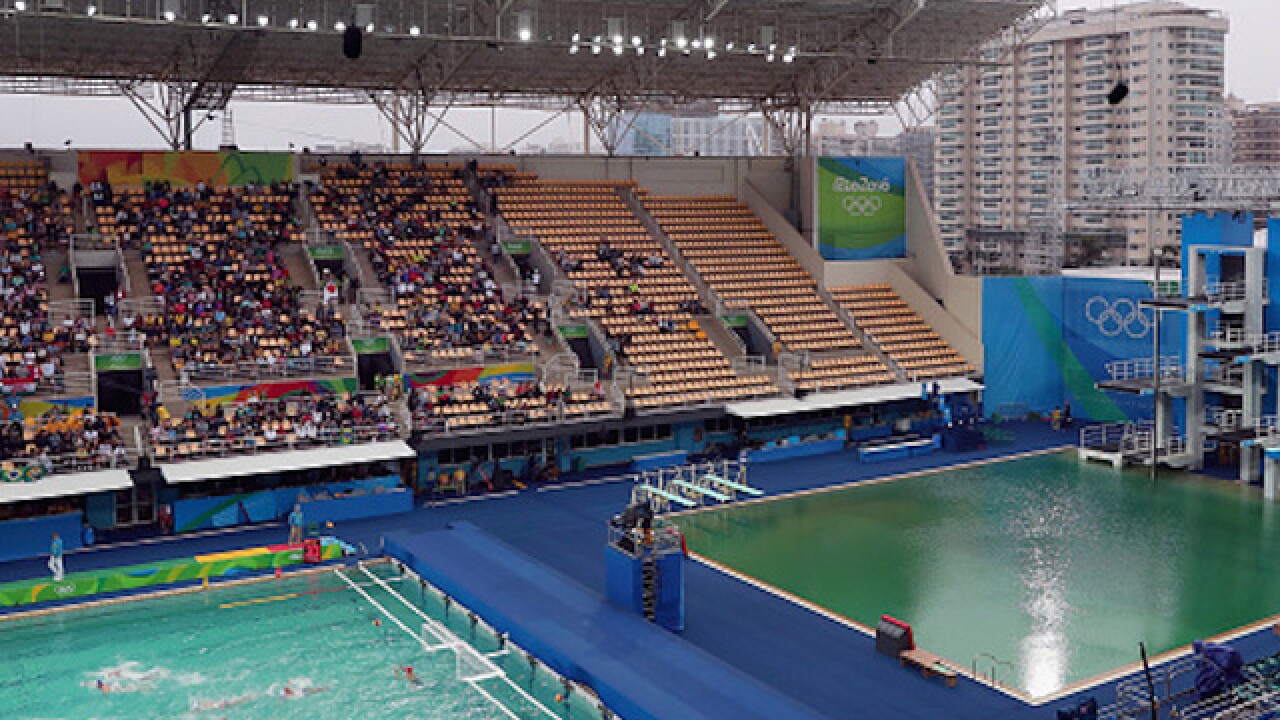 The green scum that appeared in Rio de Janeiro’s Olympic diving pool on Tuesday seems to have spread to the neighboring water polo pool.

The water at the Maria Lenk Aquatics Centre diving pool turned green overnight between Monday and Tuesday. Side-by-side photos showed that the next door water polo pool was still clear.

Can anyone explain why the water's turned green at the diving? No one here can. Pretty sure it was blue yesterday. pic.twitter.com/GYfap9Gzz0

That all changed Monday morning, as the US men’s water polo team took on France in water with a significant green tinge.

Officials say the green water was caused by an algae bloom, brought on by heat and lack of wind. According ot a statement released by FINA, the international governing body for aquatic sports, the pools have already run out of water treatment chemicals. Olympic organizers continue to insist that the water in the pools is harmless, and that the color in the diving pool should be returned to normal by Wednesday.

How is the water in the diving pool today? NOT GOOD pic.twitter.com/OElTE40ri9