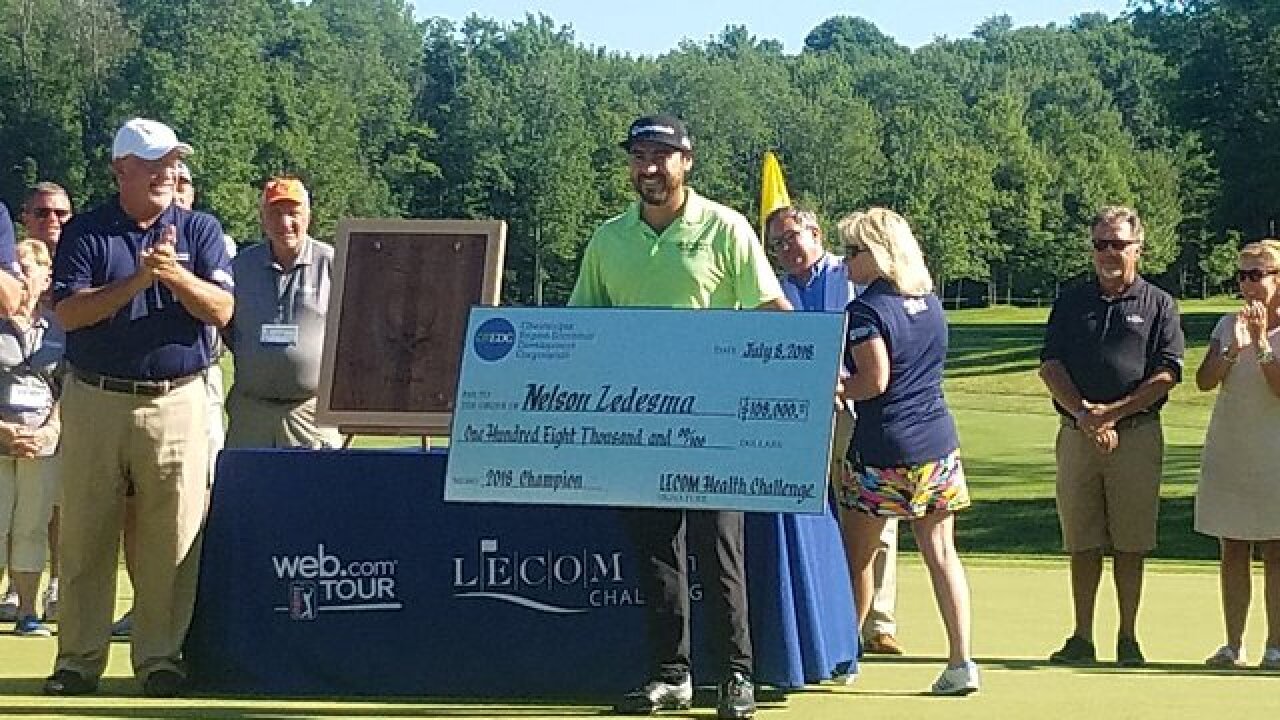 Copyright 2018 Scripps Media, Inc. All rights reserved. This material may not be published, broadcast, rewritten, or redistributed.
<p>Photo courtesy of @LECOMHC on Twitter</p>

The LECOM Health Challenge has a new champion.

Nelson Ledesma of Argentina won the Tournament following Sunday's final round. He wound up shooting a -5 on Sunday with a -22 four-round total to claim a two-shot win. The Tournament was played at Peek'n Peak Resort in Clymer, N.Y.

Kyle Jones and Sebastian Munoz tied for second with a four-round total of -20. Clarence's Dudley Hart, one of the leaders heading into the final two rounds, tied for 34th with a -9 four-round total.

The win awarded Ledesma a $108,000 check. It was his first Web.com Tour victory.