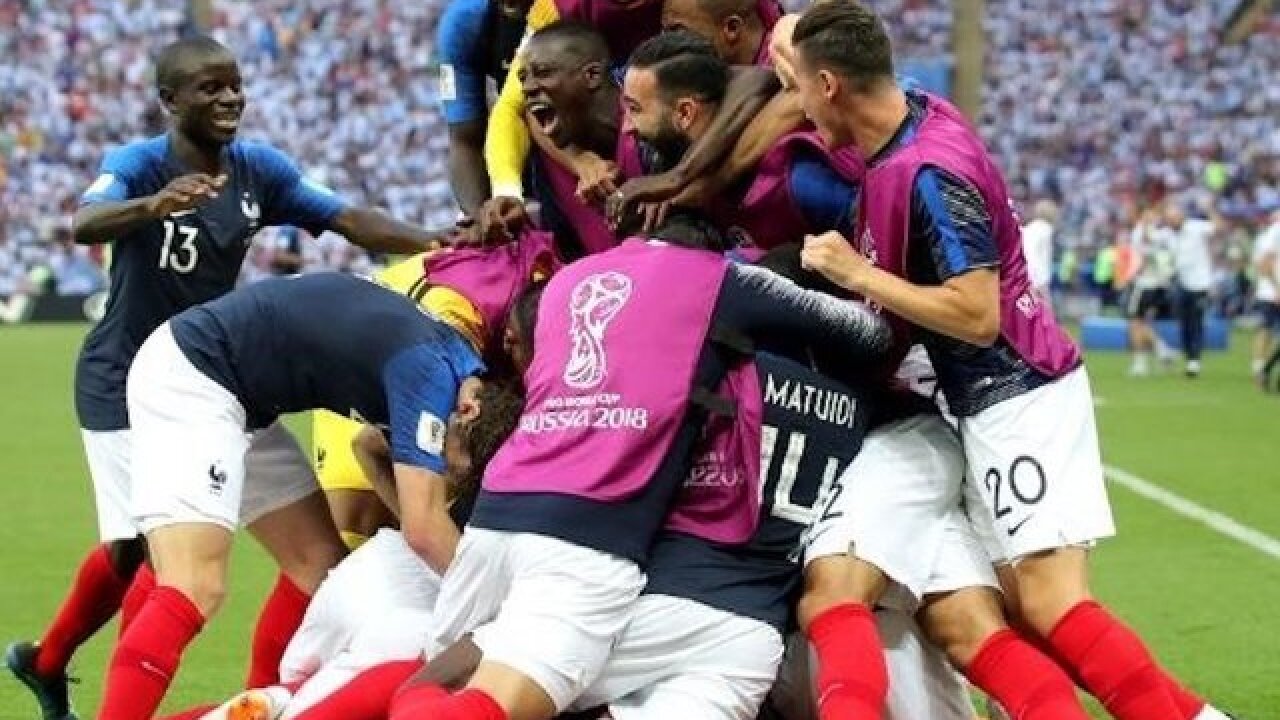 © 2018 Cable News Network, Inc.
Getty Images
<p>Kylian Mbappe, still somehow only a teenager, ran the show in France's last 16 victory over Argentina, scoring two of his side's four goals and winning a penalty for another. </p>

Lionel Messi's World Cup is over. The Barcelona star's hopes of crowning a glorious career by winning football's biggest prize was ended as a France team inspired by Kylian Mbappe overwhelmed Argentina.

With Messi now in his 30s, those in attendance at the Kazan Arena -- and the millions watching around the world -- could have witnessed the Argentine's final appearance on the grandest stage of all.

But while Messi's career is closer to its conclusion than beginning, those watching this last-16 tie caught a glimpse of the future as Mbappe announced to the world that he could be the man to take Messi's mantle as the world's best player.

The 19-year-old ran the show in France's 4-3 victory, scoring twice and winning a penalty for his team's opening goal.

His man-of-the-match performance, which dragged France back from a 2-1 deficit early in the second half, ensured the French become the first quarterfinalists of Russia 2018.

Mbappe the creator and scorer

The game started tentatively. It had the feel of two old heavyweight champions desperately seeking to return to former glories, sparring nervously in the opening exchanges.

But it wasn't long before the game was brought to life -- and it was Mbappe's searing pace and deft touch which provided the spark.

The teenager was the thorn in Argentina's side as an aging midfield and defense struggled to keep apace.

Midfielder Javier Mascherano was the first to cynically scythe Mbappe on the edge of a crowded area.

Antoine Griezmann hit the subsequent free-kick sweetly, his effort crashing against the crossbar as Argentine goalkeeper Franco Armani stood with his feet rooted to the Kazan turf.

But France wouldn't be denied for much longer and it was, of course, Mbappe who created the opening.

The PSG star picked up the ball in his own half from Ever Banega's loose touch and blitzed past the futile challenges of two Argentine defenders.

With just Marcos Rojo now between him and the goal, Mbappe knocked the ball past the Manchester United defender, who hauled the teenager to the ground, leaving referee Alireza Faghani with an easy penalty decision.

Up stepped Griezmann to coolly slot the ball down the middle of the goal, sending Armani the wrong way.

As the clocked ticked towards the half way mark, France appeared in complete control, dominating the ball with almost 70 percent possession.

None of Argentina's front three had even one sight of goal, with N'Golo Kante in particular doing a fabulous job of nullifying Messi's threat.

But for all France's dominance, it was a moment of magic -- though this time not from Messi -- which hauled Argentina level.

Angel Di Maria, one of the underperformers in this underperforming side, picked the ball up 25 yards from goal and found the top corner with a stunning, curling strike.

Somehow level at the break, Argentina then went ahead within minutes of the second half after Messi's swiveled shot hit Gabriel Mercado's foot, diverting it past the wrong-footed Hugo Lloris.

France looked flat and nervous, a shadow of the team which dominated for the opening 40 minutes.

But an 11-minute goal glut, started by Benjamin Pavard's strike -- a frontrunner for goal of the tournament -- just nine minutes after Mercado's goal, made sure of France's progress.

Mbappe struck in the 64th and 68th minute -- the second a clinical finish after a stunning France move which had started with Lloris.

There was a consolation for Argentina, a Sergio Aguero header from a glorious Messi pass. It was a final moment of World Cup magic from La Pulga -- but France held on for a deserved place in the quarterfinal.