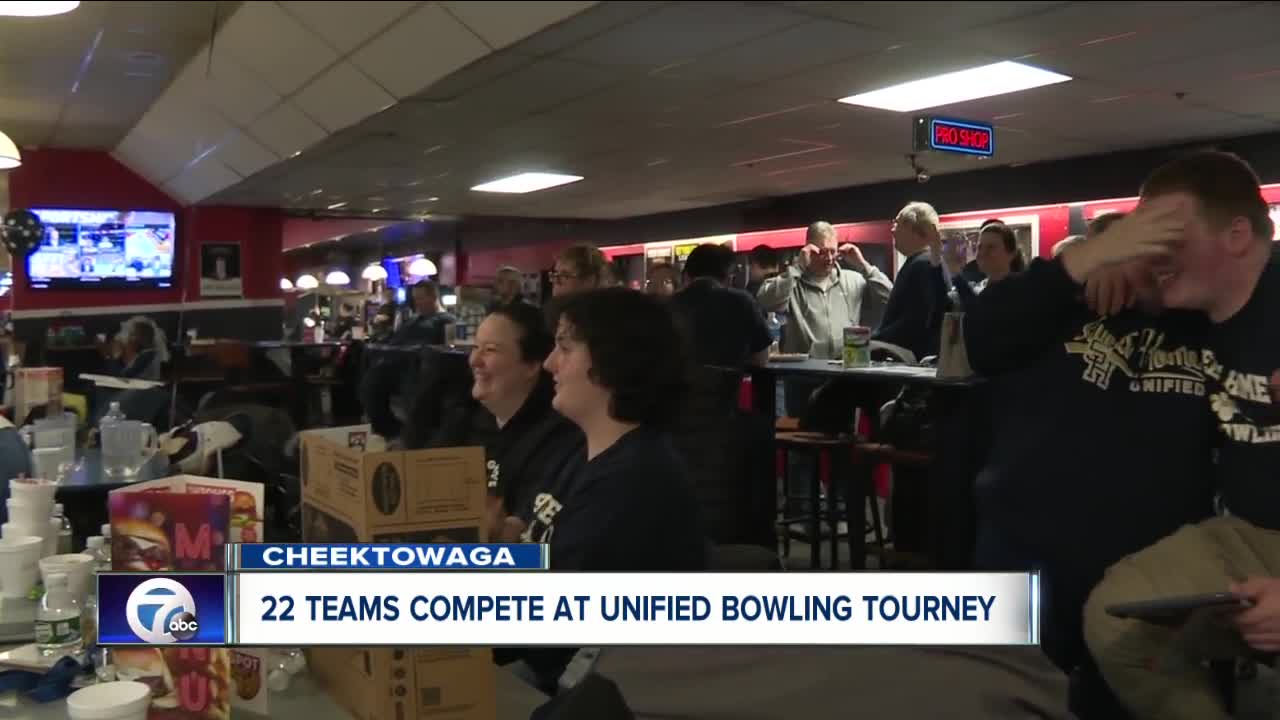 CHEEKTOWAGA, N.Y. (WKBW) — The Unified bowling season has officially come to an end. The Section VI unified bowling tournament was held on Monday afternoon at Airport Lanes in Cheektowaga with 22 of the 23 season participating teams competing.

"Section VI is heading in a great direction," Luke Folts, Director of Program of Special Olympics NY said. "We have over 22 unified champion schools here today participating in our unified bowling program. They've all take on the challenge at a second sport and they're doing a great job."

Doug Ames, chair of Section VI unified bowling, has seen the sport grow year after year in WNY. What started out as 13 participating schools has grown to 23 and seeing the excitement from the lanes on Monday was heartwarming.

"Yea they care about winning and that but the big picture is they're all having fun, meeting good friends, and making longtime memories," Ames said. "This is phenomenal. It just speaks volumes."

Each team had one member given the "character athlete" award. Teams were also recognized with medals and plaques following their final games.

"We want their name recognized, we want to call them up, and they come up and get their medals," assistant director for NYSPHSAA, Todd Nelson, said. "We drape it over their necks so that they can get that experience and we want to provide the school with a nice plaque so that when they go back, we want that put in the trophy case just like football, basketball, soccer, softball, whatever it may be. We want the unified kids to say hey I was on that unified team that got that trophy."