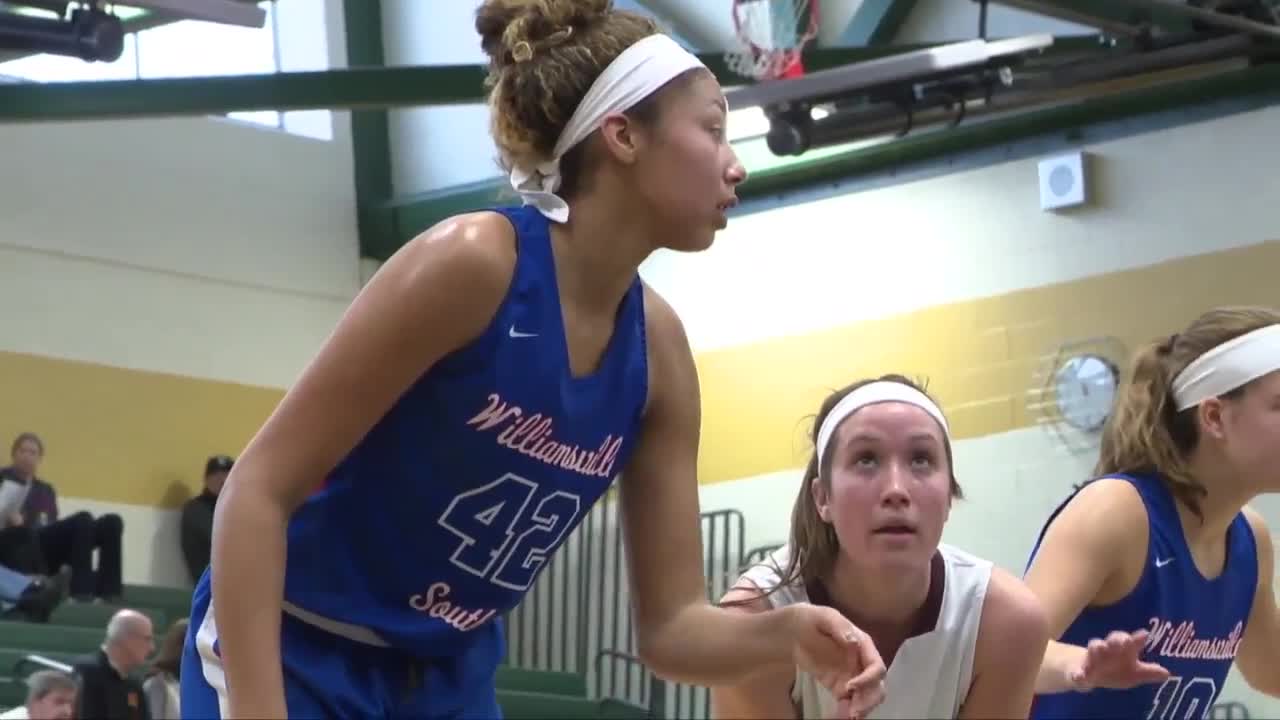 Amari DeBerry to represent WNY at U16 Championships

WILLIAMSVILLE, N.Y. (WKBW) — "There's not many people who get this opportunity."

An opportunity of a lifetime; to represent your country on an international stage. A few weeks back, Williamsville South sophomore, Amari DeBerry, was one of a select group invited to try out for the U16 national basketball team. The odds of making that final roster were really slim.

"Our coach actually let us know that we were .0000369% of the high school students in the country trying out for the team," she said.

The odds were in DeBerry's favor though as she was one of twelve players nationwide to be selected to represent the United States at the upcoming championship games.

"It's a very humbling number, I guess I could say," DeBerry said. "It's very awesome."

DeBerry is now in Colorado to train with the rest of her team and hopes to better her game. She's a top ten nationally ranked player in her class and is coming off a season where she averaged nearly 17 points, eight rebounds and five blocks a game. But there's always more to learn.

"I was a captain this past year and I feel like I could do a better job really bringing the team together more," she said. "Really helping everyone and doing my job to make everybody better."

And as DeBerry represents not just team USA but the city of Williamsville, she knows she's got the support of so many people.

"When I got home the other night from the airport, we went to eat at a local restaurant and when we walked in, there were people that started clapping," she said. "I didn't know them but it was cool knowing I have that backup around here."

DeBerry and Team USA will train out in Colorado until June 15th. After that, they'll head to Chile for competition.