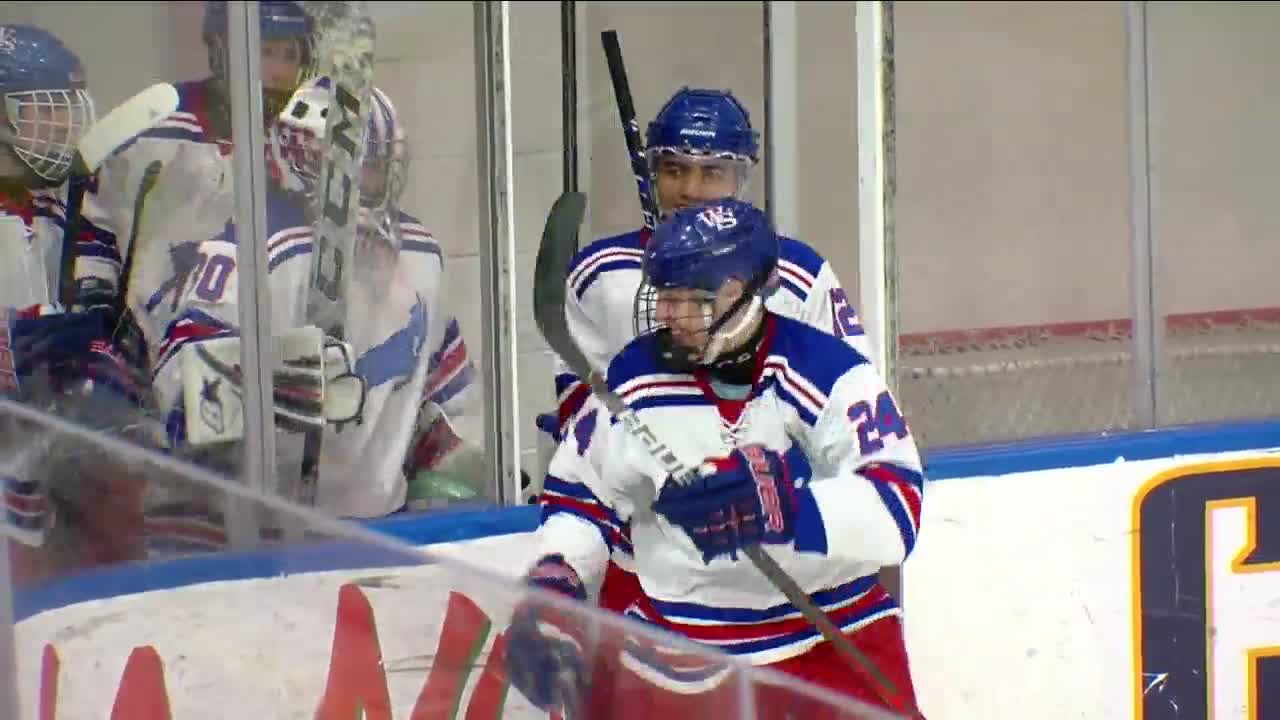 In Friday's small schools semifinals, Williamsville South scored just 21 seconds into overtime to knock off Kenmore West by a score of 4-3. Marcus Bratton was the hero for the Billies.

The later game was a goalie battle for the first two periods. Eventually, Starpoint broke the game open with four goals in the third period to beat Lew-Port 4-0.

Here are the times of the section championship games at KeyBank Center this Sunday:
Small schools: Will South vs. Starpoint at 12:15 p.m.
Large schools: Orchard Park vs. Will North at 2:30 p.m.
Monsignor Martin: St. Joe's vs. St. Mary's at 4:45 p.m.