Indians and Panthers to play for title on Sunday 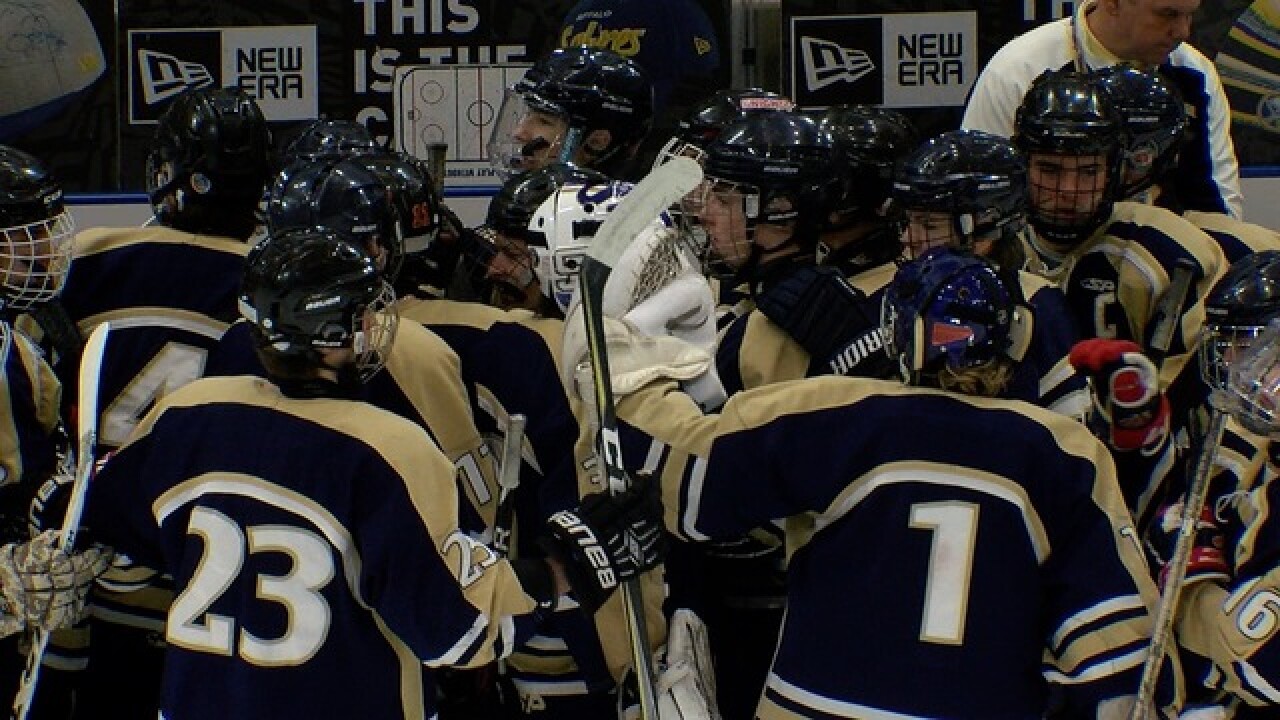 It's going to be an all-Western New York State Championship on Sunday.

The West Seneca West and Sweet Home boys hockey teams will play for the NYSPHSAA Division II title after each won their semifinal games on Sunday. The games were played at the HarborCenter.

The Indians beat John Jay 3-0 in the first semifinal game of the day.

After a scoreless first period, the Indians struck first in the second period after Tyler Dunning took a pass and turned it into a goal on the powerplay.

Just less than three minutes into the final period, Matt Myers made it a 2-0 game off an Ethan Pasons assist while Colin Deubell wrapped up the day's scoring just a few minutes later.

West Seneca West finished with 23 shots on goal while Noah Sobczyk made 24 saves and gets credited for the shutout.

In the second semifinal, Sweet Home beat Auburn 6-4 in a back and forth game.

The Panthers struck first in the first period off a Blake Russo goal to take an early 1-0 lead. The next two goals came from Auburn in the 2nd period but it was Danny Lund evening things up with just 45 seconds left to make it a tie game heading into the third period.

Tyler Edholm scored on the power play just 1:38 into the final period to give the Panthers the lead once again and they'd never look back. Edholm scored again five minutes later and added his third of the night three minutes after that. Eric Abbate added an empty net goal to complete the scoring.

The Indians and Panthers will now play for a State Championship Sunday at the HarborCenter.