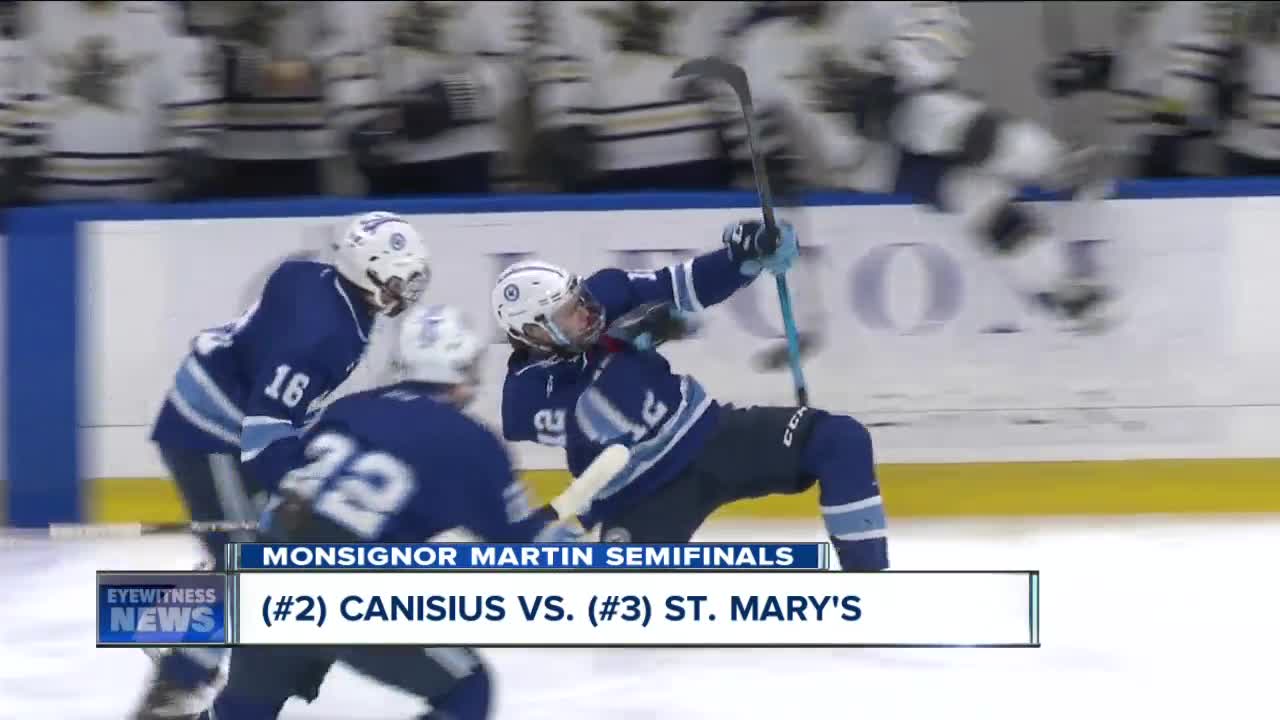 The Mauraders, the top overall seed, beat no. 5 St. Francis 5-1 in the first game of the night. After a scoreless first period, the Marauders scored four goals in the second to cruise to the win. Sean Deakin led the way with two goals and an assist.

The Lancers, the no. 3 seed, topped no. 2 seed Canisius 4-2. The game was tied 2-2 in the third period before Zander Miller scored the eventual game winner with about eight minutes left in regulation and added an empty-netter to seal the win. Miller and Anthony Difonzo each had two goals for the Lancers.

The WNY Catholic Championship will take place on Sunday, March 1st at 4:45 p.m.